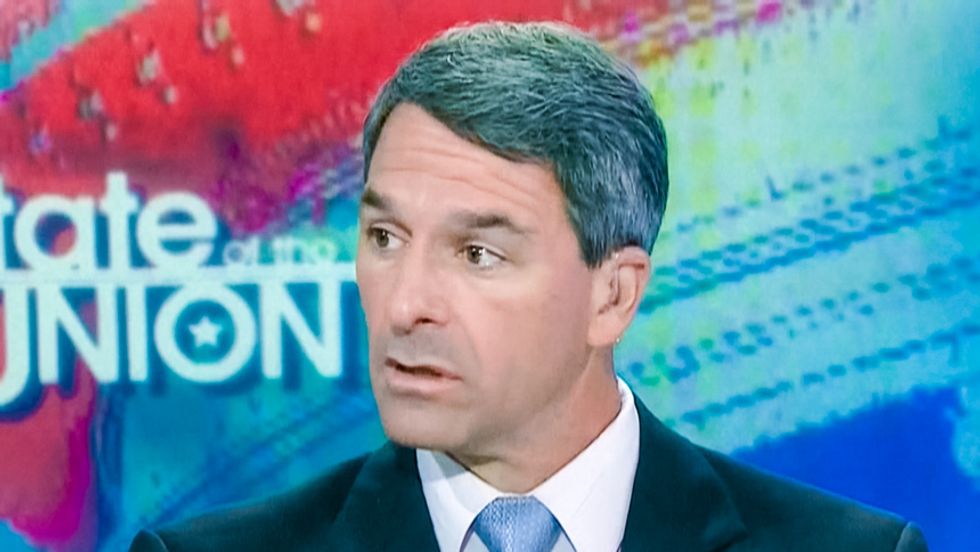 Former Virginia Attorney General Ken Cuccinelli (R) argued on Sunday that many Americans objected to the "Black Lives Matter" movement because it suggested that the lives of black people mattered more than whites and other races.

CNN political contributor Bakari Sellers explained during a panel discussion that the "Black Live Matter" movement had become a hot topic in the Democratic presidential primary because the lives of so many black people had ended during confrontations with police officers.

"You have African-Americans who literally do not get the benefit of their humanity," he pointed out. "And that's a problem. You know, in my next interaction -- I'm the only person at this table whose next interaction [with law enforcement] may cause them to be a hashtag."

"And that's something that we feel, that's a very deep pain," Sellers said.

Cuccinelli argued that it was important to add the word "too" to the end of the "Black Lives Matter" slogan.

"Adding t-o-o at the end puts it in a context that makes sense," the former Virginia attorney general insisted.

"But it's implicit though," Sellers noted.

"Well, you may say that," Cuccinelli replied. "And there's plenty of reason to understand that. But I don't think every American hears it that way. They hear, 'Here we are, yes we have this political motivation that we're separating out this one category of Americans and saying they matter more than everybody else.' That's actually what a lot of people see."

"I understand that, but that's why you have the retort," Cuccinelli opined. "No, all lives matter. We're not leaving these out."

Watch the video below from CNN's State of the Union, broadcast July 26, 2015.