What should you do if a shark attacks you? A) Fight it? B) Play dead? C) Swim away? 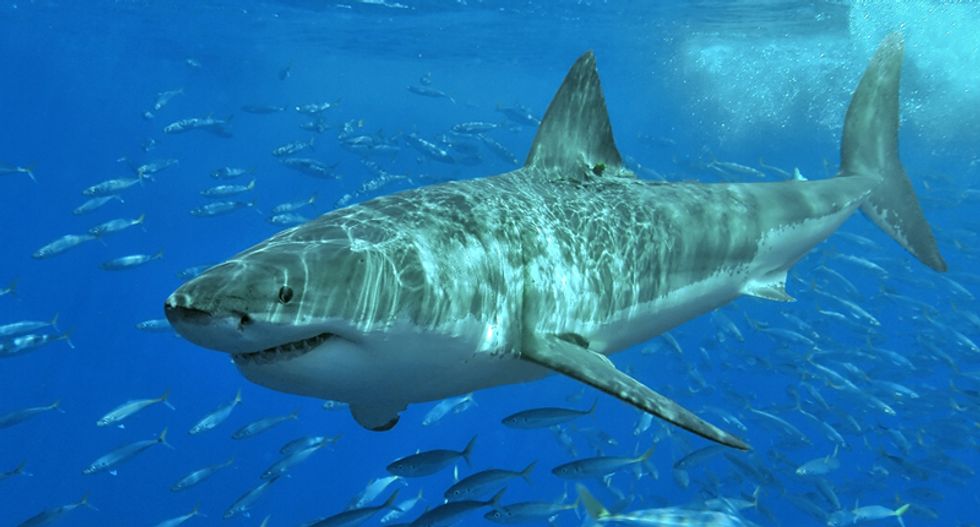 Swimmers and surfers can take precautions to avoid being attacked, and there are ways to have a fighting chance when faced by the jaws of a shark

Mick Fanning’s shocked, almost incredulous, reaction after he managed to escape the jaws of a shark during a surfing competition suggests that good fortune is the key element in surviving an attack by the feared ocean predator.

But there are things that swimmers and surfers can do to lessen their already tiny risk of being fatally wounded by a shark.

First, some perspective: in almost all scenarios, being bitten by a shark is extremely unfortunate. One study last year calculated that there was a one in 30m chance of being attacked if you swam off the coast of Perth in summer.

“You are going out into a wild environment, so there is a risk, but a very small risk,” said Dr Daniel Bucher, a marine ecologist at Southern Cross University.

“Seeing a shark while surfing is rare; being attacked is even rarer. Going out into the ocean isn’t a time to panic.”

That said, there are factors that increase the chance of an interaction with a shark. Swimming alone or near river mouths, particularly after heavy rain, or an area where there’s lots of feeding activity by dolphins or birds can increase the risk. Swimming at dawn or dusk is possibly a factor when it comes to bull sharks.

Sharks don’t tend to devour people; rather they take exploratory bites to see if their chosen target is suitable prey, hence most bites are on people’s legs.

“The incident with Mick Fanning was one of those cautious attacks, used to check him out,” Bucher said. “Unfortunately, when you’re talking about a great white, that kind of attack is sufficient to kill or severely injure you.”

There have been recent innovations in wetsuit and surfboard technology to create a visual deterrent to sharks, which have fairly poor eyesight. Scientists tend to put more faith in electronic signal deterrents such as Shark Shield , a system that can be incorporated into surfboards and will be available soon.

If you do encounter a shark despite these precautions, the best thing to do, according to the University of Florida’s international shark attack file , is “leave the water – swim quickly but smoothly”, ideally with someone else so you don’t become a solitary target.

Studies undertaken by Bucher and other researchers in the US show that sharks have a tendency to pursue fleeing targets but will stop if they are faced, something Fanning did.

“If their prey is facing them, sharks tend to keep circling,” Bucher said. “If there’s a six- to seven-metre great white interested in you, there’s not much you can do about that, but a younger animal, at around three metres, isn’t used to feeding on large animals and will be more cautious.”

If a shark is looking to attack you, it may hunch its back and rush at you. The shark attack file suggests cutting off the angles of attack by placing your back against a reef or rock and fending off the shark with an inanimate object. A prod to the nose is often a sufficient deterrent.

Last year a doctor managed to fight off a shark with the aid of a knife when spearfishing off New Zealand’s south island.

Fanning said he punched the shark “a couple of times”, which can also be effective, if riskier. But in a fight for life, there is little option. “Playing dead” doesn’t work as a strategy, so try to punch and claw your way free and retreat as quickly as possible.

“Some people say go for the eyes and gills as they are sensitive places, but good luck in finding them in that situation,” Bucher said. “When you are in situation, you are likely to lash out and hit what you can. Offence is the best defence.”

Even if you are bitten, there is still hope. Of the 72 unprovoked shark attacks recorded across the world last year, only three were fatal. By this measurement fatal attacks on, for example, spear fishermen are not counted.

Plus, there is the not insignificant matter of suffering inflicted by humans on sharks. An estimated 100m are caught each year , and many are fatally maimed to make shark fin soup.