World must cut pollution to save marine life, study warns 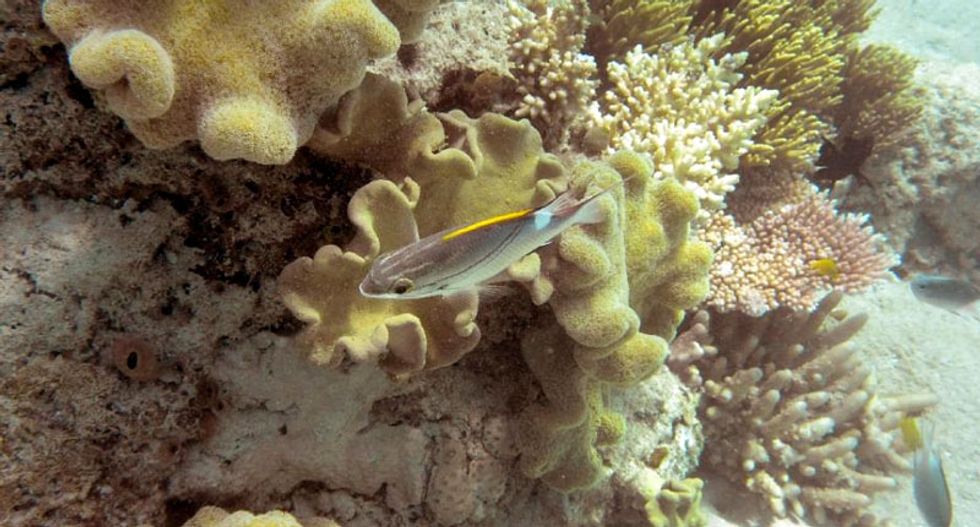 If left unchecked, global warming will cause irreversible damage to marine life in the world's oceans, forcing fish to search for cooler waters and destroying valuable coral reefs, an international study said Thursday.

Keeping global average temperatures within two degrees Celsius above pre-industrial temperatures is the only way to stave off the worst effects of climate change on the Earth's oceans, which provide 90 percent of the planet's habitable space, said the study in the journal Science.

The findings are based on the Ocean 2015 Initiative, which examined the latest studies on how climate change is projected to affect oceans, marine life and hundreds of billions of dollars in goods and services they provide each year.

"All the species and services we get from the ocean will be impacted," said co-author William Cheung, associate professor at the University of British Columbia.

The team considered a business-as-usual scenario, and compared that to the effect of introducing big cuts in carbon dioxide emissions in order to keep temperature rise below two degrees Celsius by 2100, as outlined by the Copenhagen accord.

"The condition of the future ocean depends on the amount of carbon emitted in the coming decades," said the study.

"Immediate and substantial reduction of CO2 emissions is required in order to prevent the massive and effectively irreversible impacts on ocean ecosystems and their services that are projected" with business-as-usual scenarios.

Unless changes are made, "fish will migrate away from their current habitats 65 percent faster, resulting in changes to biodiversity and ecosystem functions," said the study, led by Jean-Pierre Gattuso of the French National Center for Scientific Research.

Over time, the ocean will become less capable of absorbing carbon emissions from the burning of fossil fuels.

Such pollution leads to rising acidification and harms marine life.

Sea level rise, loss of oxygen in the waters and disease are also top threats linked to pollution.

Even though recent research has suggested certain types of corals may be able to adapt to warming waters, the study said it was "doubtful that corals will be able to adapt quickly enough to maintain populations under most emissions scenarios, especially where temperature keeps increasing over time."

Researchers said their findings should help inform the global climate talks being held in Paris later this year.

According to Phillip Williamson, science coordinator of the UK Ocean Acidification (UKOA) research program, the paper gives a "powerful and succinct summary" of science that is already well known to experts, "but it's good to have the evidence brought together."

Williamson, who was not involved in the study, pointed out that even the two-degree Celsius scenario was not a cure for the world's waters.

"Even the stringent emissions scenario for carbon dioxide and other greenhouse gases is not without risks," he said.

"Knowing that such risks might only be 'moderate' rather than 'severe', still gives considerable cause for concern."