'You're a celebrity': Hero's welcome for man behind Planned Parenthood 'sting' 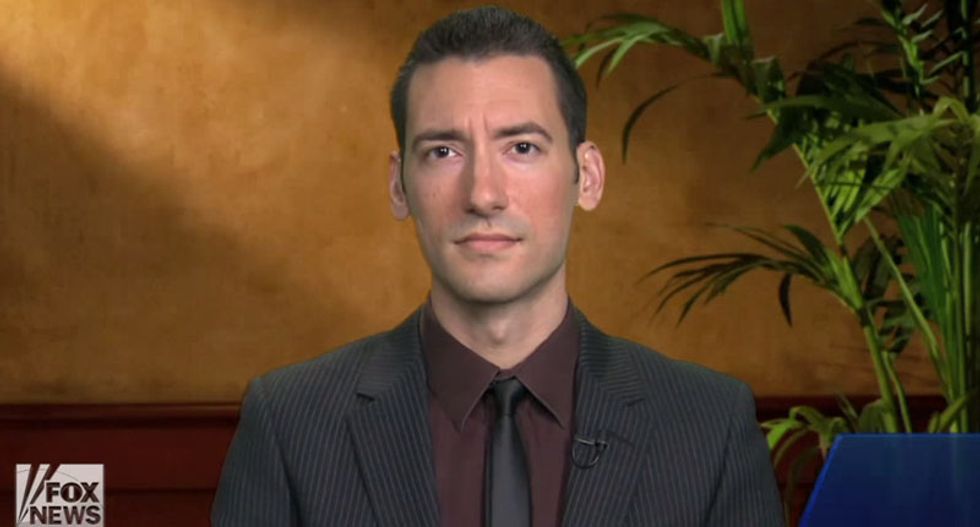 David Daleiden held court to conservative legislators and lobbyists in San Diego like a messenger of Hades, detailing how he had infiltrated the enemy, tricked the “abortion industry” and exposed its “body-harvesting” secrets to the world.

“For the first time all of the American public, and the whole world, is getting to see the truth about Planned Parenthood’s abortion services,” he said on Thursday. “There is a lot more to come.”

The American Legislative Exchange Council ( Alec ), one of the country’s most controversial and powerful lobbying networks, greeted the 26-year-old activist, dressed in a black suit and shirt – with no tie – as a conquering hero.

Activists and lawmakers gathered in San Diego for their annual conference mobbed Daleiden and queued to have their picture taken with him, acclaiming him for injecting powerful momentum into the anti-abortion movement.

“You’re a celebrity,” grinned Daniel McConchie, vice-president of government affairs for the advocacy group Americans United for Life (AUL), as Daleiden posed for a fan’s selfie.

In the past fortnight his anti-abortion group, the Center for Medical Progress, has lit up the internet and prompted investigations by Congress and several states by releasing two videos in which Planned Parenthood officials discuss harvesting fetal tissue for medical research.

Activists posing as representatives from a “fetal tissue procurement company” surreptitiously filmed one official detailing how to abort a fetus to preserve its organs and a second official discussing prices for specimens .

Selling fetal tissue for profit violates state and federal laws but it is not illegal to be reimbursed for costs associated with handling tissue donations.

Planned Parenthood has categorically denied profiting from organ sales and accused Daleiden of misleading the public with “highly edited” tapes and false charges. No illegal activity appears to have been caught on tape.

Little of that mattered to the lawmakers and policymakers who clustered around Daleiden on Thursday evening in the lobby bar of the Manchester Grand Hyatt, which is hosting their three-day conference.

Alec is a network which matches state legislators – overwhelmingly Republican – with major US corporations. It facilitates meetings behind closed doors and drafts business-friendly bills which often become law. The focus is usually economic but Daleiden’s videos have electrified the pro-life movement which also attends Alec events.

“I think it’s incredible what he’s done,” said Debbie Bearden, a Missouri activist. Pam Peterson, a Republican member of the Oklahoma house of representatives, said the “brutality” exposed in the videos should trigger public outrage. “Are we any better than Nazi Germany when we can say this is all right?”

Daleiden, who is based in Orange County, just north of San Diego, was composed and articulate as he fielded questions between sips of Guinness and nibbles from a cheese board.

There were lots more videos and between 100 to 200 pages of documents from Planned Parenthood and its “proxies” which his group, the Center for Medical Progress, would soon release, he said.

How many more videos, someone asked.

Some of the “most shocking” revelations implicating Planned Parenthood leaders were still to come, said Daleiden. All the videos will be released by late September, he said.

Asked if the videos proved profit-making, he nodded. “Oh year, it’s pure profit.” A “high volume” abortion clinic can “easily make” $120,000 a year, he said. “They’ll never admit it’s for profit but if you look at how the business is sustained it’s clear.”

The Center for Medical Progress studied real bio-science startups to lend authenticity to the sting, he said. Such firms were not cutting edge. “They’re ghouls. They’ve found a niche – dirty work that others are not willing to do.”

Daleiden gave graphic details of late-term abortions, dismemberment and fetal tissue, including kidneys and brains, being implanted into laboratory rats. “A lot of frankly Frankenstein stuff.” His audience recoiled, then requested more detail.

In response to a question from the Guardian Daleiden said the current uproar – including proposed laws requiring death certificates for fetuses – could create “bottlenecks” for clinics and pressure them to close.

He said abortion clinics had an achilles heel – fetal tissue disposal – which legislators could exploit. “From a legislative perspective I think the most impactful [measure] could be disposal. Laws requiring that human fetuses receive death certificates – that creates a huge bottleneck for them. That makes it difficult for the clinics to work.”

Regardless of whether they were paid for specimens, clinics faced a challenge in disposing of remains because many waste disposal contractors refused to handle them, he said. “They’re running up against the limits of human nature.”

McConchie, of the AUL, told the Guardian the group had drafted a model “Dignified Final Disposition Act” and was tweaking it in response to the clandestine videos. “We’re working with legislators. There’s a lot of interest.”

The proposed law would mandate that fetal remains be cremated or buried. If cremated, they must be done so separately from medical waste and a county medical examiner must authorise the cremation.

The act would also require fetal death certificates for “each fetal death after delivery, miscarriage or abortion”. A stillborn child would need a state-issued “certificate of birth resulting in stillbirth”.

The AUL has helped pro-life legislators restrict abortion availability in many states in what has been dubbed a “stealth war” on abortion .

Daleiden, a veteran activist who used to work at Live Action, an anti-abortion group, said his opposition to abortion stemmed from the fact he was the result of an unplanned “crisis pregnancy”. His parents were very young and, he hinted, considered an abortion. “I’m really, really happy to be here.”