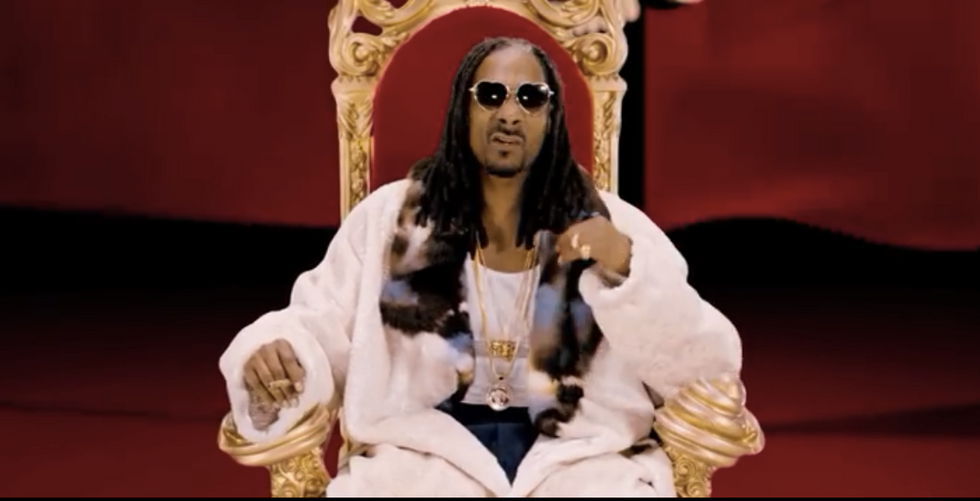 A group of Indian Zoroastrians are suing rapper Snoop Dogg for allegedly insulting their faith in a video in which he appears to be smoking marijuana in the presence of a Zoroastrian holy symbol.

On Thursday, Foreign Policy magazine reported that members of the Zoroastrian Parsi sect are up in arms about the music video "King" by Iranian-born singer Amitis.

The video, released in June, features a guest appearance by Snoop, who is shown reclining on a golden throne and smoking a blunt under a gold Zoroastrian Faravahar, one of the faith's most sacred symbols.

According to Foreign Policy, "Darayas Jamshed Bapooji, president of the Parsi Zoroastrian Association of Kolkata, a civic organization in the Indian state of West Bengal, watched the music video after receiving angry emails about it and decided to put his foot down."

"We want the video removed," he said, "and they will have to apologize for having put it up in the first place — that is the very least we can hope for from them.”

Bapooji continued, “It’s not right, just because we’re a minority. If you did it to the Muslims and the Hindus, there would be riots here.”

Zoroastrianism is one of the world's oldest monotheistic faiths, tracing its origins back some 3,500 years. Now, there are fewer than 200,000 adherents in the world.

The case goes to court on July 17. Representatives for Mr. Dogg have so far not commented on the matter.