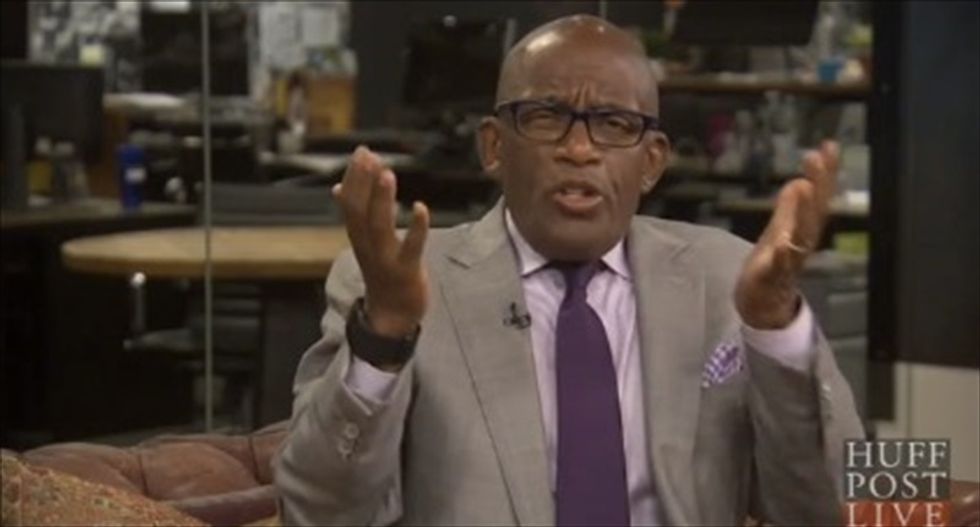 "What a moron," Roker responded.

"His point was, global warming can't be real because it's snowing," Zepps recalled.

"Are you crazy?" Roker asked. "It's called climate change. Climate doesn't just happen outside your door, sir. It happens all around the world. When I saw that I thought, 'I can't believe this.'

"He doesn't even know what the theory is," Zepps chimed in, before Roker sarcastically started singing, "Do You Want To Build A Snowman?" from the animated movie Frozen.

"Who are you, Elsa?" the Today Show stalwart said mockingly.

Roker also addressed reports concerning a "Godzilla El Niño" that has some forecasters concerned over its potential damage to Southern California, saying that "a lot has to happen" for it to develop.

"If, for example, the trade winds don't die down to allow that warm water to make its way a little further north, then we're not gonna feel the effects of the El Niño," he explained. "And even if it looks like it's gonna mean a wetter season for California, it's not gonna end their drought, because even if they get all the rain they could possibly use, because they have drawn down all the aquifers, those aquifers are layers, and as those layers collapse they can't be uncollapsed. They can't be recharged. When rain falls it's got nowhere to go, so we could be looking at massive flooding and mudslides because of all the wildfires that have happened out there."