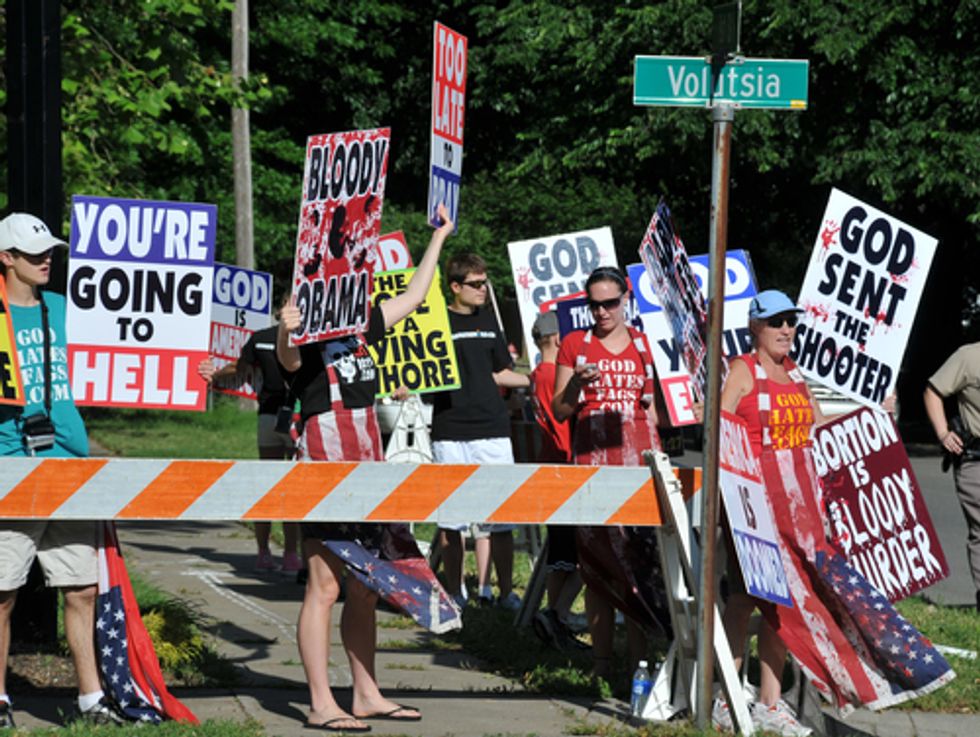 Anti-choicers want to know: Do you really want people like them to know your private info?

Warning: What is below is satire. The quotes are ones I made up. The links, however, go to completely real stories.

Anti-choice activists last week expressed concerns that abortion clinics were not doing enough to protect their patients from anti-choice activists. "Look, we are creepy, nosy people who spend our days parked outside of clinics hoping to see the faces of women we suspect are having sex," Cheryl Sullenger of Operation Rescue explained. "Did you think that we wouldn't stoop to going through your trash in our desperation to find out more about these non-virginal women?"

Sullenger and her fellow activists have been picking through trash and have lucked into finding some patient files, which they hastily posted online, due to their deep and abiding concern for women. "Clinics really need to think more about patient safety," Sullenger explained. "Take me, for instance. I did time in federal prison for attempting to bomb an abortion clinic. When murderer Scott Roeder was caught after he shot Dr. George Tiller in a church, he had my phone number on him. That's because I was feeding him information about Tiller's movements. I claim to be non-violent now, but would you want me to know where you live, knowing how obsessively I hate you for having sex without my permission?"

"We're just trying to help keep women's information out of the hands of creeps like ourselves," she added.

An anonymous protester hanging outside a Texas clinic agreed heartily with Sullenger. "Think about it," he said. "I could be doing anything else with my time but sitting in this hot sun, waving this bloody fetus picture at women. Do you think I do this because I'm a stable individual? No. Let's face it. I wish I could just wave my cock at them, but apparently that gets you arrested. This gross picture gets almost the same reaction, and I don't go to jail for it. All day long, I stand here, hoping to get just one freaked out reaction so that I can go home and jerk off to it. My pastor calls it focus, but sometimes I wonder if I just have a problem."

"I can barely restrain myself from following them home when they leave the clinic, and only then because they always have their boyfriend or mom pick them up," he added. "Can you imagine what kind of temptations would arise if I had my hands on their addresses?"

Operation Rescue has been posting some of the patient files online, with some information blacked out but enough of the lettering of women's names so that the patients themselves can recognize their own handwriting. "Absolutely, we want specific patients to know that we have their information and that we could, if we want to, leak it to their family, their boss, or even post it on their Facebook page if we want to," Sullenger explained. "We hope they're good and scared, so they blame the abortion clinic for their carelessness in letting creeps like us get their information."

"Ideally, they will spend the rest of their lives, afraid of when the other shoe will drop and they will be exposed to the world," she added. "That kind of day-in and day-out fear is for their own good, so they'll think next time they have sex, I mean, trust an abortion clinic."

"We're the good guys here," Troy Newman, head of Operation Rescue, explained. "I mean, we're telling you to watch out for people like us. Would a shark do that? A cobra? I guess a rattlesnake would, but overall, I think you can tell we're trustworthy because we tell you that people like us can't be trusted."