Big Brother is watching: Why the workplace of 2016 could echo Orwell’s 1984 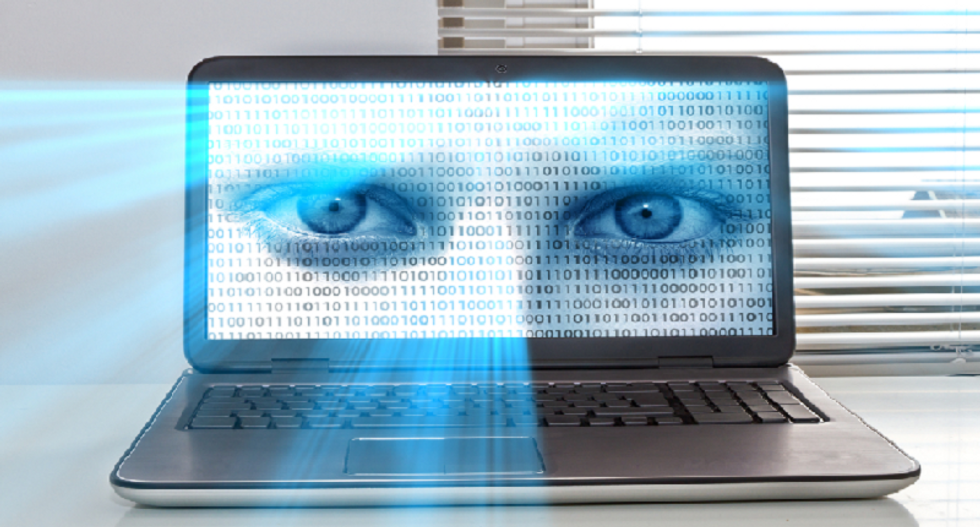 Activity-tracking devices made by companies like Fitbit, Jawbone and Misfit are increasingly popular gadget purchases, but they’re also making their way into the workplace: research firm Gartner estimates that 10,000 companies offered activity-trackers to staff in 2014. Their motivation is being questioned, however: will your boss have access to the data from these devices? (Imagine your annual review including criticism of your sofa-loafing nature at weekends). And will they share it with advertisers or insurance companies?

Personal sleep monitoring – sometimes using standalone devices or sometimes built in to fitness-trackers like Fitbit – sounds like a good idea, but would you want your employer to know how much shut-eye you’re getting? Meanwhile, a flurry of reports in 2013 called attention to the prospect of daily testing of employees’ alcohol levels, with fingerprint-scanning device AlcoSense TruTouch taking just 10 seconds to return a reading. “The benefits of testing all staff, every day are immense and the change in workforce behaviour is immediate,” explains the company on its website . Anyone for a mineral water?

Some of the best things about workplace technology come outside your workplace: faster, more reliable broadband; powerful smartphones and tablets; better video and text chatting software all enable us to be more flexible in our working patterns. But one of the worst things about workplace technology also comes outside the workplace, because all this flexibility often erodes your work/life balance. It might be your boss’s fault – emails in the evening, expecting an immediate response, or conference calls on public holidays – but just as often it might be your own: checking emails in bed and treating the train home as an extension of your office hours.

The Google Glass augmented-reality specs were essentially a toy for tech people with too much money to burn (“glassholes” as they were labelled). Google has gone back to the drawing board with that product but the one area where experts agree AR glasses are likely to catch on is in the workplace. From warehouse workers to plumbers and electricians, people will be able to access data and services with a flick of their eyes. The risks? Information overload: emails and notifications in your face throughout the day. And also the questions around recording video and audio, whether in terms of your boss demanding your first-person footage of a task, or simply the danger of an entire workforce becoming walking CCTV cameras.

One of the elements of Amazon’s working culture picked out by the New York Times was its “secret feedback” system, used anonymously by employees to praise – or criticise – one another to bosses. Amazon claims most of the comments are positive but workers interviewed for the report said it could also be used to gang up on colleagues through coordinated campaigns of negative feedback. As this kind of “collaborative anytime feedback” technology spreads to other companies, moaning about colleagues in the pub could be replaced by anonymous complaints that feed directly into their performance reviews – and its anonymous nature may hamper their ability to defend themselves.

Tracking drivers remotely is well established in industries like logistics but the emergence of smartphone driving-monitoring apps may expand the idea to anyone who drives a company car. Insurance companies including Aviva and Admiral have launched apps for drivers that score their driving safety based on cornering, braking and acceleration, and then offer the best ones a discount on their insurance. Employees will be aware of GPS technology being used to track their location to eliminate dilly-dallying, but data on their driving safety – especially in a device/car that’s used at weekends – adds a new layer.

That badge hanging from your neck to get in to your workplace? What if it also recorded your daily interactions? This is the idea behind sociometric badges, which capture “face-to-face interactions” of the wearer, as well as speech and body movement, then serve all this data up for analysis by employers. It might provide data on how well (or poorly) a salesperson is doing – “improving the employee-customer interaction” as one firm selling the technology puts it. The implications for workplace gossip, or even simply judging someone more on their social interactions than other aspects of their work, are complex.

Some sociometric badges are going further. Earlier this year, Hitachi unveiled a new badge – slogan: “ Human Big Data” – which aims to measure your happiness. How? A mysterious algorithm based on your physical activity, from how quickly you walk to how often you nod. Hitachi says this data will be aggregated to provide an overall happiness score for a workplace, rather than used for bosses to grill individual staff about why they’re not happy enough. Mood-tracking is a hot area for tech development, from smart-rings measuring your sweat to wristbands monitoring your heart. Some, like headworn devices Melomind and Thync, even claim to change your mood via electrodes stimulating the brain. The science remains under debate, but the vision of your boss trying to make you wear a de-stress helmet is… a bit stressful.

Privacy concerns around facial recognition tend to focus on two areas: its use by police and the government in the monitoring of citizens, and the worry that if Facebook is working on it (which it is), it must be up to no good. Employers don’t get mentioned often, but perhaps they should. Think about established fears of companies Googling potential employees or mining their Facebook and Twitter profiles, and then extend those into using software to scan for their faces in photos across the web – from drunken nights out to public protests.

In 2015, consumer drones – as opposed to military ones – remain a plaything, with regulators still drawing up rules on how they can and can’t be used for commercial purposes. One of the uses being mooted is for building security: drones capable of zipping around buildings, filming any intruders. Concerns here don’t just include the risk of a drone falling out of the sky on to an employee’s head but the question of whether these drones will also film staff, and what will happen to the footage.

Most of these changes in the workplace will create huge amounts of data on employees, from personal activity and email archives to photographs and footage of them going about their business. Which begs the question: are the companies storing this technology able to do that securely, in an era when data breaches are increasingly common. If Ashley Madison, Sony Pictures and Carphone Warehouse fell victim to hackers, what makes you sure your company won’t? In an era of increased data collection within the workplace, what your employer plans to do with it may be the least of your worries.