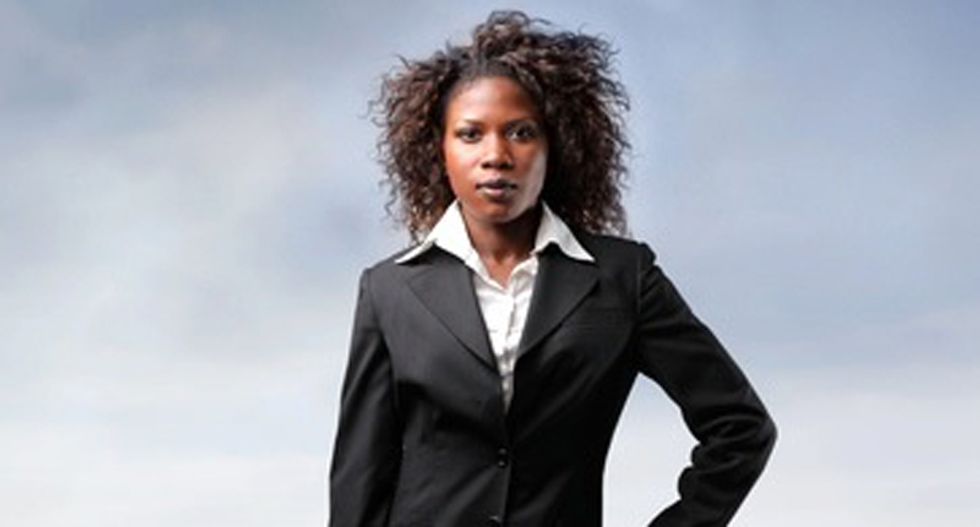 As the 2016 presidential campaign gets under way, black Americans are letting their elected officials know it’s no longer acceptable to brush the issue aside

Until recently, politicians have felt content to nod and say it’s always been this way. But as 2016 presidential campaigns get under way, Americans and specifically black Americans are letting their elected officials know that this answer is no longer good enough. Black lives matter and so should the black unemployment rate.

The “wallpaper effect” is to blame for the lack of attention to African American unemployment, said Valerie Rawlston Wilson, director of the race, ethnicity and economy program at the Economic Policy Institute.

“It is true that black unemployment has always been about twice as high as white unemployment – give or take a few tenths of a decimal. The lowest the ratio has ever been in any month is 1.7 and the highest is 2.8. The two rates have never even been close to being the same,” she said.

“It’s been that way for so long that people have come to expect it and even make excuses for it like blaming it on education or skills,” she said, pointing out that Latinos, who have lower education attainment rates than blacks, also have a lower unemployment rate. “I think that until we own up to the fact that racism and racial bias – explicit or implicit, directly or indirectly – are a major part of this ongoing disparity and do something to directly address these issues that little or nothing will change.”

There are a handful of presidential candidates who are speaking out on the issue. In number of interview, Vermont senator Bernie Sanders has spoke about the need to address youth unemployment , especially among black Americans. Last week, Hillary Clinton once again spoke about racial inequality that contributes to the opportunity gap in America.

Many voters have become disillusioned by persistent racial inequality even after the first black president took office in 2008. They feel the change and hope they were promised is nowhere in sight. As a result, 2016 presidential hopefuls are coming under pressure to explain in more detail how they hope to improve lives of black Americans.

So far, most of the comments that have been made are too sweeping, too general and lacking in details. Consequently, the candidates and their remarks are seen as pandering to black voters.

“We expect Hillary to take us for granted. We expect her to talk about mass incarceration and police brutality, but it would be naive to expect an explicit plan that would create lasting change,” Sabaah Jordan, a 24-year-old Black Lives Matter activist, told the Guardian when Clinton officially launched her campaign. “We know historically that the overwhelming majority of black people who vote, vote Democrat. For that reason our communities are sold promises that aren’t delivered.”

And those promises keep coming.

According to Jordan, who said that she was skeptical of Obama’s presidency, the only thing that could get her excited about a presidential candidate at this time is “a plan that includes measurable goals, a timeline and an explicit admission of the exploitation of black people in this country”.

She is not the only one demanding this.

Last month, democratic candidates Bernie Sanders and Martin O’Malley were interrupted by Black Lives Matter activists while speaking at the Netroots Nation conference in Phoenix Arizona. The activists asked that candidates present a plan for how they plan to tackle racial inequality. The two Democrats struggled to come up with a suitable answer as the crowd heckled them off the stage.

‘American injustice, you in trouble now!’

Just hours before Sanders and O’Malley faced off with Black Lives Matter activists, Jumanee D Williams took stage at the Eric Garner rally in Brooklyn. It’s been a year since Garner died on a Staten Island sidewalk after being put in a chokehold during an arrest for selling loose cigarettes. His death was one of the defining moments of the Black Lives Matter movement.

Wearing a shirt emblazoned with Garner’s dying words “I can’t breathe”, Williams – a New York City council member – looked over the crowd and spoke plainly and passionately about the issues holding back black communities. He articulated what Sanders and O’Malley struggled put into words.

The Confederate flag came down in Charleston, but the poverty rate of black Americans remained unchanged, Williams said. The crowd nodded their heads in agreement.

Related: In Freddie Gray's neighborhood, more than a third of households are in poverty

“Nothing has really changed, but I am encouraged,” he said, adding that seeing “a lot of white brothers and sisters, non-blacks saying black lives matter” has given him faith.

Leaning into the podium, he continued:

Black communities do not need more community policing, he said. They need jobs, better education and better housing. It was that sentiment that led Black Lives Matter activists to march with Fight for $15 and led Barack Obama to speak about workplace bias in Charleston after the fatal shootings at the city’s historic Emanuel African Methodist Episcopal church.

“Maybe we now realize the way racial bias can infect us even when we don’t realize it, so that we’re guarding against not just racial slurs, but we’re also guarding against the subtle impulse to call Johnny back for a job interview but not Jamal,” he said .

It’s not just ‘those other racists’

One of the main reasons why racial inequality persists in the workforce, according to experts, is because of the way employees recommend others for jobs in their workplace.

“There is almost no attention to the bias for people, specifically that whites are biased in preference for other whites and provide information, opportunity and influence on behalf of people that they think of as like them,” said Nancy DiTomaso , professor at Rutgers Business School, author of The American Non-dilemma: Racial Inequality without Racism and expert in diversity in labor force.

A while back DiTomaso went to a conference where she met a CEO who wanted to hire more black employees. He knew all about unconscious bias, was attuned to issues of diversity and was passionate about changing middle management composition which he said was “too male, stale and pale”.

Related: There’s an unconscious race bias at work. I know, because I’ve taken the test

“That was his language, not mine,” she said. “And yet at dinner that night, one of the HR people proudly said that most of the people they hired were recommended by their current employees. [The CEO] had never thought about that. He was so focused on ridding the company of bias against non-whites, he never considered that maybe what was reproducing the lack of diversity in the middle management was that they were hiring the friends of their current middle managers.”

DiTomaso points out that Americans still live a very segregated life with whites “disproportionately in the positions with higher income, more influence, more skills and training”. As such companies need to pay attention to their entire hiring process as well as what kind of candidates are coming down the pipeline thanks to current employees’ references.

Rawlston Wilson said there were practical ways to tackle racial inequality. One way to do this is by enacting targeted employment programs in areas with chronically high unemployment and poverty. Many of these areas have significant black populations. Local, state and federal governments could also invest in infrastructure in ways that will create jobs while providing job training, job placements and childcare services.

Related: Employers often reject those who strike or protest: 'I am willing to do whatever it takes to lead a better life'

Among others programs that could lead to lower unemployment rate among black Americans are re-entry services for ex-offenders and removal of criminal record questions from job applications. Oftentimes minor infractions like being arrested at a protest can become part a permanent criminal record and adversely affect future job prospects.

After analyzing records of 7,335 randomly selected people in their 20s, researchers at the University of South Carolina found that 49% of black people had been arrested by the age of 23 , compared to 38% of white people.

Additionally, there needs to consistently strong enforcement of anti-discrimination laws, transparency around hiring and concerted effort by employers “to make diversity a priority”, said Rawlston Wilson.

“We focus so much on racism and discrimination as the source of the problem that that allows most white to believe that race has nothing to do with them, that it’s somehow about those racists – ‘Those other people, not me’. That legitimates the ongoing racial inequality, because whites don’t believe that they are part of the problem,” explained DiTomaso.

“They think they are part of the solution because they all say: ‘I believe in civil rights, I believe in equal opportunity and that nobody should discriminate’. And yet, they don’t recognize in their own lives the way they reproduce racial inequality.”

Rep. Ted Lieu (D-CA) didn't mince words on MSNBC on Saturday morning, saying the attendees who are showing up for the "Justice for J6" rally are no better than the jailed insurrectionists who are currently awaiting trial for attacking the Capitol on Jan 6th.

Speaking with host Alex Witt, Lieu was asked about the rally which, early on, appeared to be sparsely attended with media and law enforcement making up most of the crowd.