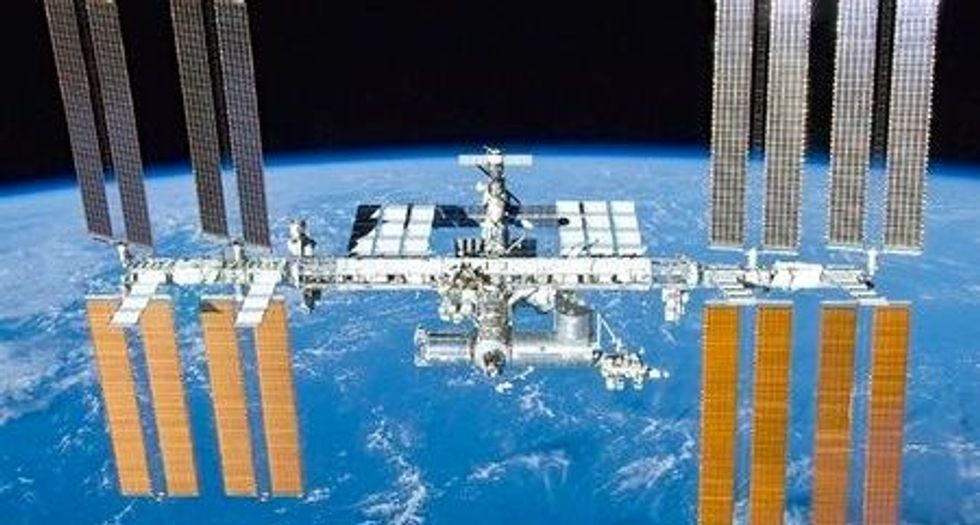 The International Space Station is seen in an undated NASA handout picture. REUTERS/NASA/Handout

A pair of Russian cosmonauts began their working week on Monday by cleaning the windows of the International Space Station (ISS), floating more than 200 miles (320 km) above the earth's surface.

The cosmonauts quickly completed their first task, installing equipment to help crew members manoeuvre outside the ISS, before cleaning a porthole window to remove years of dirt left by exhaust fumes from visiting ships.

"They developed a (cleaning) tool kit with two swabs with handles on them. The swabs are kind of a type of terry cloth," spacewalk specialist Devan Bolch said in a NASA video published before the walk.

"It's kind of similar to what you would use on your car headlights, when they get hazy, to clean them."

The expedition is the 188th ISS spacewalk and the tenth for Padalka, who has spent more time in space than any other human. It is Kornienko's second venture outside the station - a $100 billion research laboratory owned and operated by a partnership of 15 nations.