Donald Trump: Brothers who beat and urinated on Latino man 'want this country to be great again' 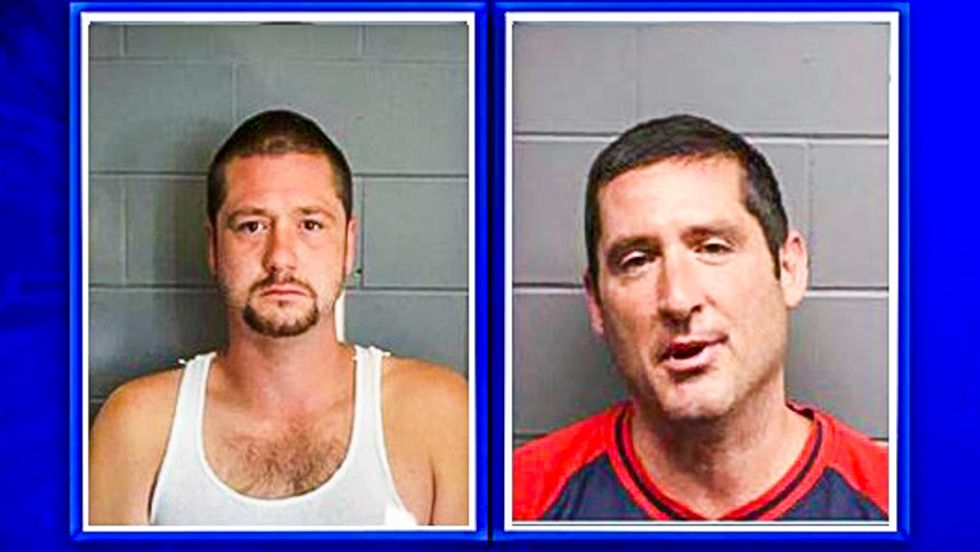 Boston brothers said that they were inspired by Donald Trump to beat and urinate on a homeless Latino man, police revealed on Wednesday.

According to State Police, Scott Leader and Steve Leader encountered the victim on the way home from a Red Sox game near a stop on Boston's subway system, The Boston Globe reported on Wednesday.

The man said that he awoke to find the brothers urinating on his face and rummaging through his belongings.

“Next thing . . . he was getting hit in the face and head,” a police report explained. “He remembers being punched several times and hit with the metal pole.”

A witness said that the brothers were heard laughing as they walked away.

The man was said to be in fair condition on Wednesday after being taken to Boston Medical Center. He suffered a broken nose and bruises on his head and torso, the police report indicated.

State Police arrested the Leader brothers after being notified by a witness. One of the brothers urinated on the cell door, and both made threats to law enforcement staff after being arrested, police said.

Scott Leader, 38, told investigators that he thought it was acceptable to assault homeless people who were Hispanic.

“Donald Trump was right, all these illegals need to be deported,” Scott Leader said, according to the police report.

The brothers pleaded not guilty on Wednesday to "assault and battery with a dangerous weapon, assault and battery to intimidate with bodily injury, open and gross lewdness, indecent exposure, disorderly conduct, disturbing the peace and threatening to commit a crime," WHDH reported. Steve Leader faced additional charges for destruction of property after police said that he punched and kicked a cell door.

Trump called the assault a "shame."

"I will say that people who are following me are very passionate," he remarked. "They love this country and they want this country to be great again. They are passionate."

The brothers were ordered to be held without bail pending the outcome of a Sept. 3 dangerousness hearing.