Donald Trump's family values: 'If Ivanka weren't my daughter, perhaps I'd be dating her' 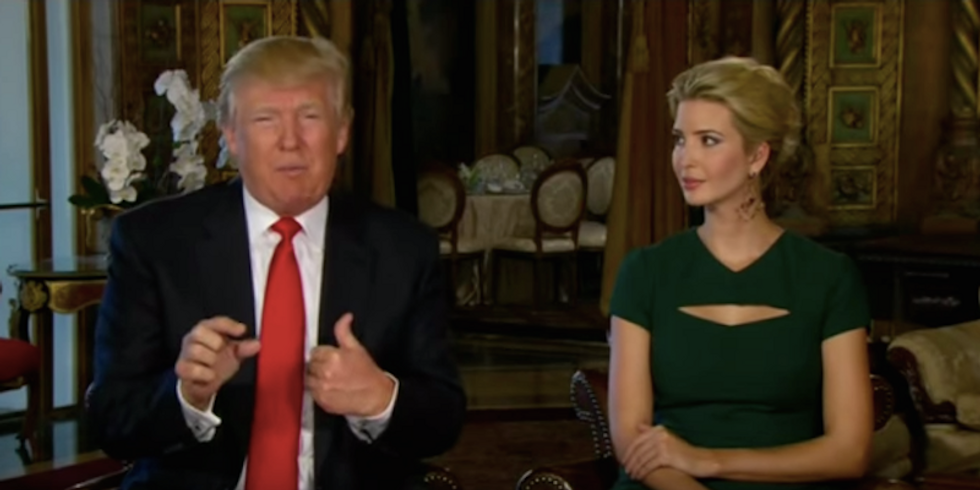 Donald Trump's plan to deport undocumented people as well as their U.S.-born children is so timeless and classic, it harkens back to better time: The Great Depression, when 500,000 to 1 million Mexicans and Mexican-Americans were kicked out of the country. How adorable!

As Russell Contreras writes, "During the Great Depression, counties and cities in the American Southwest and Midwest forced Mexican immigrants and their families to leave the U.S. over concerns they were taking jobs away from whites, despite their legal right to stay. The result: Around 500,000 to 1 million Mexican immigrants and Mexican Americans were pushed out of the country during the 1930s repatriation, as the removal is sometimes called."

Trump's deportation plans may be unconstitutional, but they are very family-friendly. In fact, they are all about the family unit, as Trump explained to Chuck Todd earlier this month: "We're going to keep the families together, but they have to go."

This isn't the first time Donald Trump has taken a strong stand on family values. Back in 2006, The Donald appeared on the ABC talk show  The View, and had this to say about his daughter: "If Ivanka weren't my daughter, perhaps I'd be dating her." Check out the footage of Donald showering his daughter with his praise and comedian Julie Goldman's take on it in the video below.