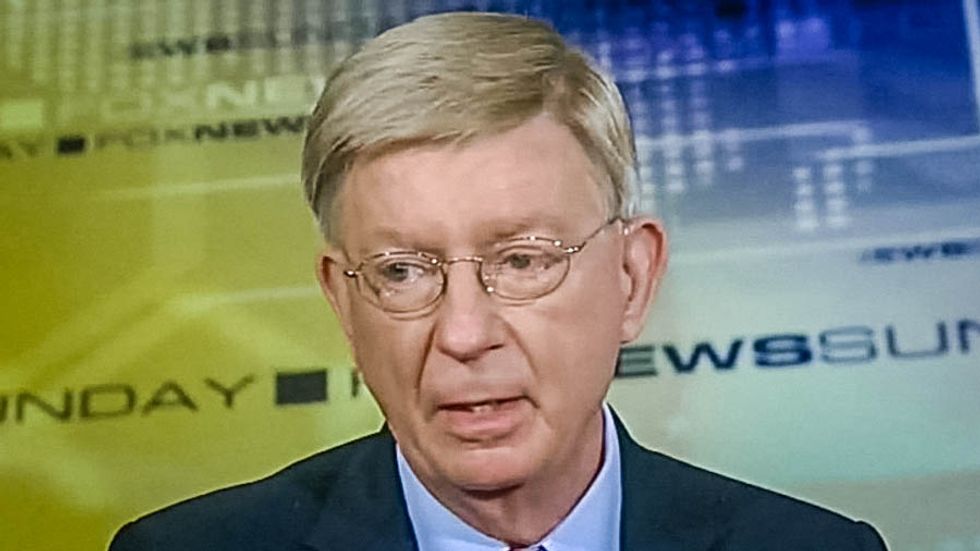 Conservative columnist George Will suggested over the weekend that the reason "a gay African-American" murdered a TV crew in Virginia last week was because of the "grievance culture of our time."

Will told a panel on Fox News that public officials should not "fiddling with society" to try and stop tragic events like the killings of WDBJ-TV journalists Alison Parker and Adam Ward.

"When these horrific events occur, there's an irresistible itch to commit sociology to find some explanation, causal link in some social prompting," Will opined.

"This gentleman, this man was a gay African-American who nevertheless was hired in spite of what he took to be insuperable handicaps," he added. "And he does seem to have bought into the grievance culture of our times, feeling prickly and set upon at all times by all people."

But Will recommended that people "step back" instead of looking for a "defect in society" or a legislative solution.

"There are times you have to throw up your hands and say there's evil in the world," the columnist concluded. "Always has been, always will be."