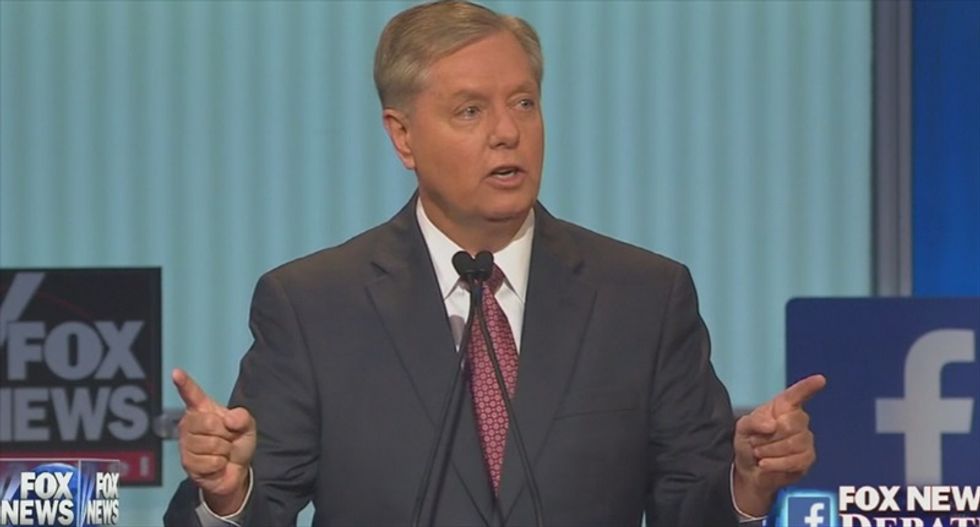 "Elect me. I know the difference between being flat broke. Apparently she doesn't," Graham said of the former secretary of state. "In Hillary Clinton's world, after two terms in the White House where her husband was president, she said she was flat broke. Hillary, I'll show you flat broke."

Graham also boasted that he was "fluent in Clinton-speak," and attacked her for allegedly not being forthcoming with emails as part of a probe into the 2012 attack on an American diplomatic compound in Benghazi, Libya.

The Clinton campaign quickly struck back online, posting past statements from the senator praising both her and President Barack Obama, as seen below:

Politico has also reported that emails Clinton released to the State Department contain references to Graham telling mutual friends "how much he likes [her]."

Graham's shot at Clinton came after a question from co-host Martha MacCallum regarding an increase in unemployment figures in the US.

"There's an increasing willingness in this country to accept assistance," she said, before asking, "How do you get Americans who are able to take the job instead of a handout?"

"She represents the third term of a failed presidency. I'm fluent in Clinton-speak, I've been dealing with this crowd for 20 years. You know, when Bill Clinton says, 'It depends what the meaning of is, is'? That means 'is' is whatever Bill wants it to mean. When Hillary Clinton tells you, 'I've given you all the emails you need,' that means she hasn't. So to the people who are dying for a better America, you'd better change course."

Graham also voiced his support for placing mosques under surveillance, even though similar tactics by New York City police had to be abandoned following a lengthy court battle.

Watch Graham's remarks, as posted online on Thursday, below.