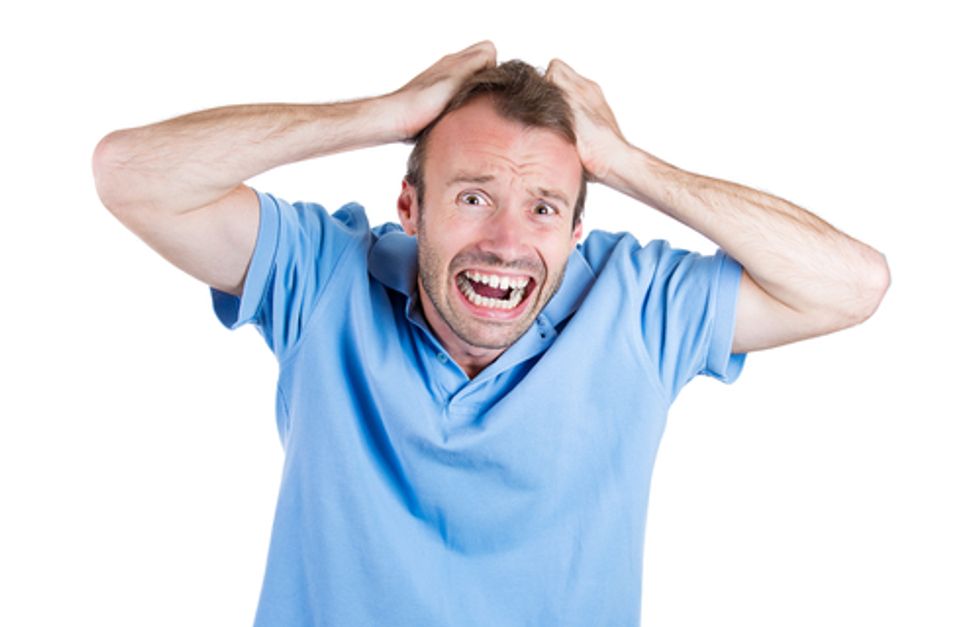 Melanie Tannenbaum at Scientific American has a two-part piece on Donald Trump's appeal (and a third coming) to conservative voters, which I recommend reading in full. But one piece of the first part really struck me as interesting, because it says a lot about the psychological issues behind the culture wars generally.

Think back to a time in your life when you and a bunch of other people you knew were on the precipice of a big life change -- maybe your senior year of high school or college, when you and many of your peers were all waiting to find out what jobs you would be entering or what universities you would be attending after graduation. Specifically, think back on those few months when you knew your life would be changing soon, but you didn't quite know yet what that change would specifically entail -- you didn't know which colleges would grant you acceptance, which jobs would offer you an interview, or what opportunities would eventually present themselves.

Did you have one friend who embraced that sense of uncertainty, viewing it with a sense of enthusiasm and thrill, excited about the prospect of embarking on an unknown adventure? Did you have another friend who hated every moment of not knowing what would come next, feeling anxious and uneasy until the minute that every single detail of his/her plan had fallen into a definite, guaranteed place?

Those two friends likely fell on opposite ends of the spectrum for a personality trait known as ambiguity (or uncertainty) intolerance, and research happens to show that people high in ambiguity intolerance -- those who feel uneasy or anxious in the presence of uncertainty -- are significantly more likely to be politically conservative.

As Tannenbaum notes, this explains a lot, particularly when it comes to gender. Her article is focused on positive feelings---how people like Trump because they perceive him as unambiguous---but I'd argue that this theory also explains a lot of negative behavior.

A lot of culture war issues stem from what I'd call ambiguity panic, i.e. the hostile "shut it down" reaction that many conservatives get when faced with ambiguous situations. As Tannenbaum explains, "the research showing that people high in ambiguity intolerance feel so profoundly uncomfortable with the idea of uncertainty, they will often prefer a slightly negative yet certain outcome to a potentially-more-positive, uncertain one."

This, I think, helps explain a lot of disconnect in communication between the right and the left. For liberals, outcome matters more than resolving ambiguity. For conservatives, all too often, ambiguity panic sets in and they focus so much on resolving that discomfort that they can't be bothered to think about long-term outcomes.

This helps explain the "bathroom wars" over transgender people, for instance. It makes sense that ambiguity intolerance clashes with understanding that some people are trans, though it is aggravating to those of us who have a more flexible understanding of gender. What is a little harder to understand is why it matters so much to conservatives. Denying someone access to the bathroom of their choice has so much potential for negative outcomes. Even putting it that way is a major understatement! I think that Brae Carnes, a trans man who did the #WeJustNeedToPee project where he took selfies in women's bathrooms:

The potential negative outcomes for denying someone their rights should absolutely matter more than catering to an ambiguity intolerant person's need to put everyone in neat gender boxes. That's why I think the ugly and hateful reaction to trans people should be seen as a kind of ambiguity panic. It's not just that it's intolerant, but it's about such an over-the-top emotional reaction to not wanting to deal with ambiguity that it crowds out all other considerations, such as treating other people with respect.

This story out of Texas also struck me as a perfect illustration of how ambiguity panic shapes so much conservative thinking:

A group that advocates the separation of church and state has filed a complaint about a Texas judge who ordered a man to marry his girlfriend as a condition of probation.

The Freedom From Religion Foundation said Friday it filed the complaint against Smith County Court-at-Law Judge Randall Rogers a day earlier with the Texas State Commission on Judicial Conduct in Austin.

A lot of culture war politics are shaped by the conservative desire, to be blunt, to get everyone married off, especially if they are sexually active. For instance, you see a lot of conservatives pushing this line that getting married is some kind of magic formula that prevents poverty.This theory of ambiguity intolerance helps explain a lot of that. The sexual relationships of unmarried people are seen, by outsiders, as more ambiguous than those of married people. Some are moving towards marriage, some aren't, some may or may not be and the people inside them haven't decided. For the ambiguity intolerant, this can induce a sense of panic: What box do I put your relationship in if it's not "marriage"? How do I understand who you two are in relation to each other if you're not husband-and-wife? Argh!

This story is just an extreme example of that kind of emotional overreaction. The judge was facing a relatively minor bit of interpersonal violence and instead of just dealing with the task at hand, he got hung up on the fact that there was this couple that said they were in love and yet, somehow, are not married. So he put his need to categorize their relationship over the wellbeing of the people involved. There's a good reason that 21-year-olds rarely marry 19-year-olds these days. That ambiguity of your youth serves you well, allowing you to explore who you are and what you want out of relationships before settling down. But Rogers, panicked at the idea that there are relationships out there he cannot classify easily, was more intent on resolving this situation than preventing negative outcomes that can come from rushing into marriage, like divorce and unhappiness.

These are just two examples, but I can think of many other right wing obsessions that are driven by ambiguity panic: Birtherism, "life begins at conception", hostility to gay rights, even anti-immigration sentiment, which owes a lot to being uncomfortable with multiculturalism.