'Hunger Games' star: You can 'dance around it,' but no denying Confederate flag's link to slavery 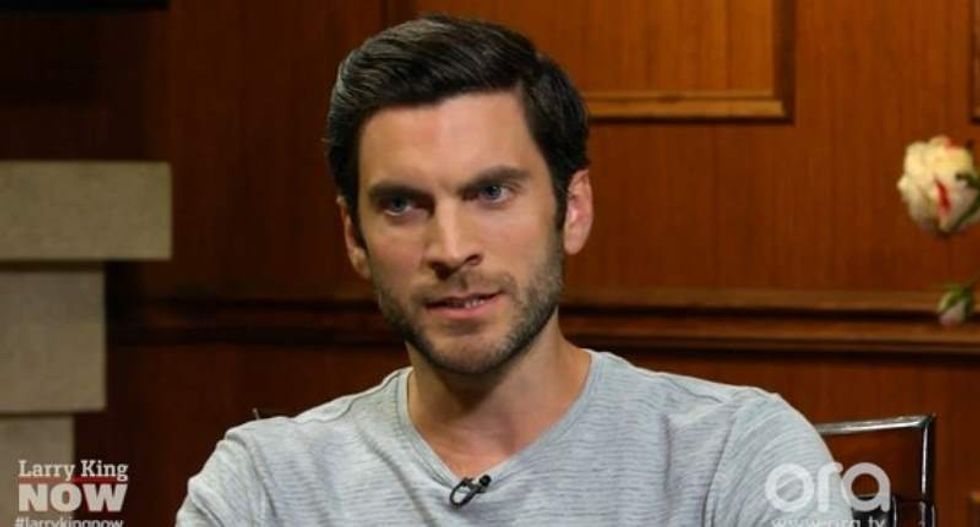 Actor and Arkansas native Wes Bentley expressed relief at the decision to take down the Confederate battle flag from outside the South Carolina statehouse in an interview with Ora.TV host Larry King.

"The flag is, there's no reasoning is saying that the flag escapes any kind of representation of slavery," Bentley said. "You just can't do it."

"That's what the heritage is, right?" King asked.

"I've been away for 20 years so it's hard for me to fully participate as an Arkansan and say what's going on there -- exactly politically," he told King. "But just looking at it from the outside, it's a shame that I have to feel embarrassed that I'm from Arkansas now, because something so full of hate is coming from the place I call my home."

"Think the courts might throw it out?" King asked.

Gov. Asa Hutchinson and state Republicans quickly amended the law earlier this year after activist groups and the Walmart market chain criticized it for not including protections for LGBT residents in its version of the federal Religious Freedom Restoration Act.

Watch Bentley's remarks, as posted by Ora.TV, below.