Investors attempting to sell Ashley Madison and are finding no takers 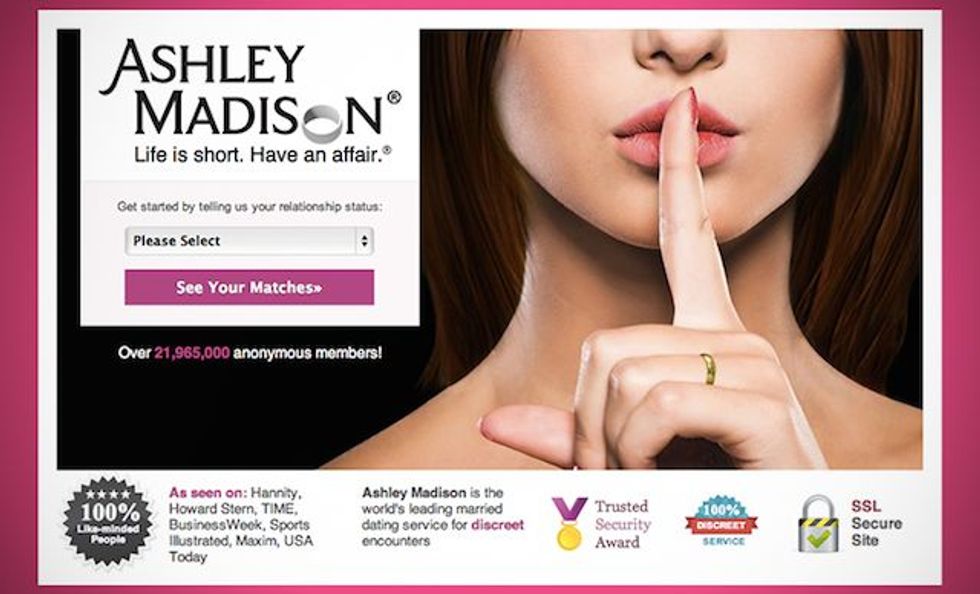 The owner of adultery website Ashley Madison had already been struggling to sell itself or raise funds for at least three years before the publication of details about its members, according to internal documents and emails also released by hackers as part of their assault on the company in recent weeks.

Some unnamed investors wanted out, multiple attempts to close a deal or raise funds failed, and a public market debut looked increasingly unlikely, the documents show.

Avid Life Media announced on Friday that CEO Noel Biderman, who founded the website in 2001, had left the company with immediate effect, the latest sign of the wrenching impact on the company of the attack that led to the disclosure of sensitive data about millions of clients.

In an April 2015 letter addressed to all its investors, closely-held Avid Life acknowledged that some investors had pressed it to improve liquidity so they could sell shares. The company said it would buy back up to $10 million worth of shares.

"Over the last couple of years, we have not been successful in exploring various alternatives including a sale of the business and seeking debt from third parties," said the letter signed by the board of directors.

Reuters could not independently verify the authenticity of the email messages and internal documents.

Avid Life did not respond to repeated requests for comment. Members of the company's board also could not be reached for comment. Biderman was not reachable by phone.

The attack has likely sharply lowered the price Avid Life could muster in any sale of assets, assuming it could find a buyer willing to take on a company facing several multi-million dollars lawsuits and the challenge of rebuilding a computer network that has been so badly infiltrated.

Bankers told Reuters last month - before the massive disclosure of its customers' information - that a full data dump would create a 'doomsday scenario' for the company, and kill any IPO plan.

Several messages show that Biderman was trying to secure a meeting with executives at media mogul Barry Diller's IAC/InterActive Corp, whose biggest online dating assets, including Match.com and Tinder, are being prepared for a public market spinoff. Biderman's goal was to start acquisition talks with the much larger rival.

"They would be CRAZY not to speak with us," wrote Biderman in February this year. And in May: "If there was ever a moment to have a 'private' meeting with Diller, it is now."

But in an email message later forwarded to Biderman by an intermediary, one IAC director, Bryan Lourd, was blunt about the chances IAC might buy Ashley Madison: "They don't want it."

IAC declined to comment "on rumors and speculation about transactions."

Avid Life in April said it was considering an initial public offering in London, at a $1 billion valuation, with company executives expressing hope in media interviews that European investors would prove more understanding of the controversial business than those in North America.

The emails show that Biderman received an informal approach in May from Cliff Lerner, the CEO of Snap Interactive Inc , which owns the online dating site AYI.com. Lerner suggested a reverse takeover and a Nasdaq listing.

A spokesman for Snap said Lerner had a short back and forth email conversation with Avid Life representatives, but ultimately decided a deal wouldn't work.

By June, Biderman called the IPO a "long shot" in one email. He told an acquaintance, who helped put other companies’ financing deals together, that he was looking to raise between $50 million and $75 million in debt.

Similar efforts had fallen through before. Avid Life had a letter of intent from Fortress Credit Corp, part of Fortress Investment Group LLC , to borrow $43 million in September 2013, the documents the hackers released show, but the deal never went through.

"I can confirm that the proposed loan you referenced did not close," Gordon Runté, head of investor and media relations at Fortress, said in response to queries, declining to comment further on the reasons.

Avid Life had intended to use some of that cash to pay a dividend to its shareholders, the proposal, dated September 6, 2013, showed.

It also received a term sheet for a $40 million three-year loan from GMP Securities, a Canadian investment bank, in 2012.

GMP said the deal was not completed and it has never loaned Avid Life any money. It declined to specify why.

The emails also show that Avid Life came close to selling itself at least three times in 2012.

In one instance, a deal with Canadian billionaire Alex Shnaider and frozen yogurt mogul Michael Serruya fell apart because of CEO Biderman's "difficult and very demanding" personality, according to an email from the potential buyers. Two other attempted deals, with a boutique investment bank and a private equity firm, also fell apart.

Shnaider confirmed that he and Serruya wanted to strike a deal to acquire Avid Life and had agreement in principle to buy it. “We didn’t feel comfortable, at the end of the day, going through with the deal,” he said.

A spokesperson for Serruya did not immediately return calls.