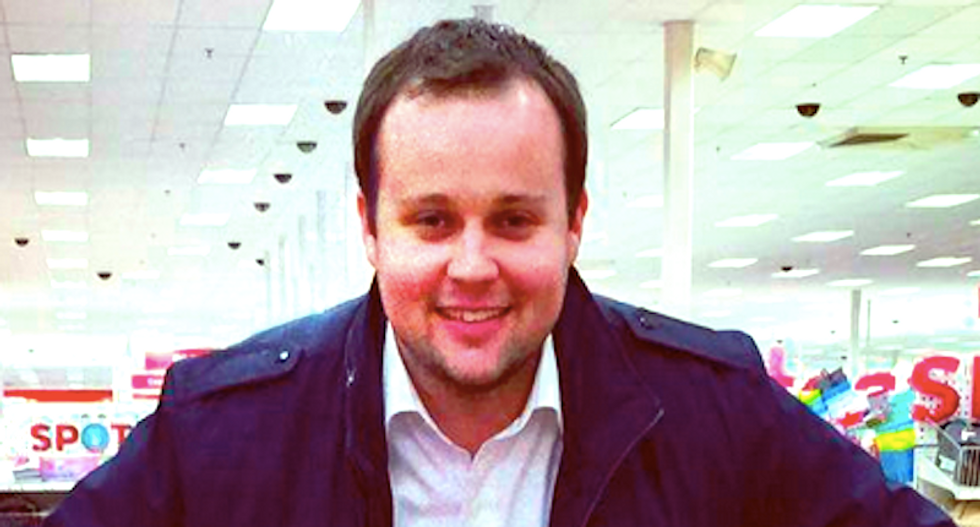 Michael Seewald, the father-in-law of disgraced Josh Duggar’s sister, Jessa has shared his feelings regarding the latest Ashley Madison scandal at length on his personal blog.

TL;DR, Josh Duggar has brought grief and shame on the name of God.

Mr. Seewald is not shocked that thirty nine million people are members of the infidelity site Ashley Madison, but he is surprised that so many who profess to be Christians are “secretly serving sin” and found to be hypocrites.

“Anyone can subscribe to an external system of doctrine and ethics, but only true believers are renovated from the inside,” writes Seewald, who in an earlier post defended the Duggars after Josh’s molestation of his sisters was brought to light.

What was done in his youth was not such a big deal and Jim Bob and Michelle dealt with the sexual abuse in their family according to God’s word. That’s what Seewald said then. But now that another man's daughter is the victim of Josh’s sexual deviancy, he’s not feeling nearly so gracious and forgiving.

“[...We] are fooling ourselves if we think that we can have a lifestyle of disregard for God’s holy commandments and still maintain hope of eternal life,” Seewald wrote.

How does Mr. Seewald explain how a seemingly upright young man like Josh could secretly betray the trust of his wife and family, not to mention the Christian community at-large, which has held the Duggar family in such high regard?

Not surprisingly, Michael falls back on the old standard “No True Scotsman” fallacy by claiming, “Josh was a pretender.”

“True Christians fail often, but their lives are truly being conformed to the image of Christ. Do not look at Josh and justify your own sins by dismissing the reality of genuine faith and a holy God. When you stand before God, you will not be compared to hypocritical Christians. You will be judged by God’s holy law. When you are found guilty, you will not get to say, ‘But what about Josh? I’m better than he is’. God’s wrath will burn against you because of your own sins.”

Although he quoted Paul’s warning that, “Neither fornicators, nor idolaters, nor adulterers, nor effeminate, nor abusers of themselves with mankind, nor thieves, nor covetous, nor drunkards, nor revilers, nor extortioners, shall inherit the kingdom of God,” Seewald still holds out hope that eventually Josh will come to repentance and truly get saved and become a new man in Christ -- for real this time.

“As wicked as Josh has been, and any other sinner, forgiveness can still be obtained. The consequences of Josh’s sins will be with him the rest of his life, but by true repentance and faith in Christ, he may have eternal life.”

Um, that’s some really pathetic reasoning and major wishful thinking, Mr. Seewald. Better to just face the reality that Josh Duggar’s sexual deviancy is not going away and urge Anna to grab the kids and get out -- get the hell out of there now!