Josh Duggar's brother-in-law vows: 'I won't stop trying to get that pig out of our family' 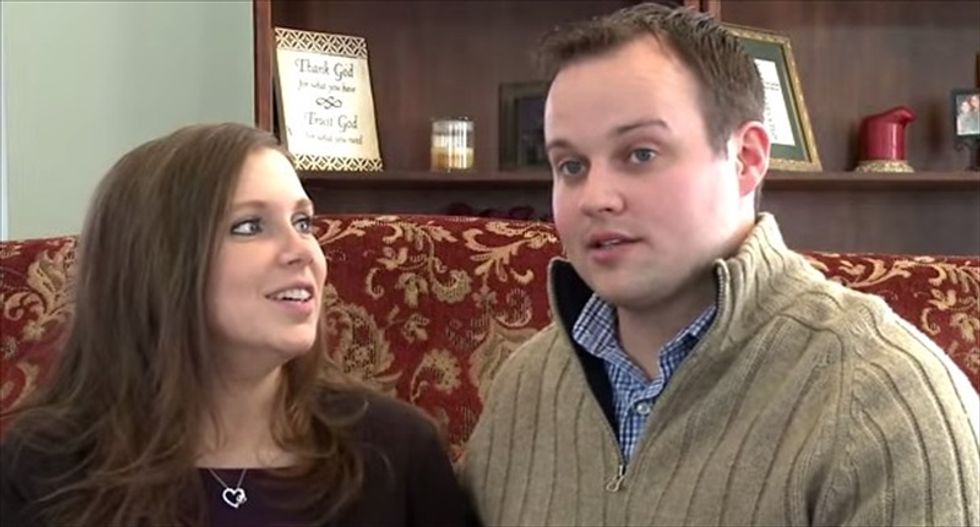 Apparently not everyone is as eager to forgive Josh Duggar as his wife, parents and Jesus are.

According to People magazine, Anna Duggar's brother Daniel Keller is furious over the eldest Duggar son's recent scandalous admissions, which included secret accounts at the cheating website Ashley Madison and a phony Facebook profile which he used to meet strippers, sex workers and other women.

While Anna has declared that she will stay with her husband in spite of his philandering ways, Keller has taken to social media to voice his disgust with Josh's behavior.

On Sunday, Jessa Duggar Seewald, Josh's sister, posted a verse from the Christian Bible's Gospel of John to Facebook, which read, in part, "But if we walk in the light as he is in the light, and we have fellowship with one another and the blood of Jesus Christ his Son cleanseth us from all sin."

"If we confess our sins," it said, "he is faithful and just to forgive our sins and to cleanse us from all unrighteousness."

In the comments, Keller wrote, "You have to confess and forsake your sin to have mercy. Not sin confess and repeat."

"Think for a min about the victims," said Keller in response to a comment left on his post. "Tell me how you would feel if someone cheated on your sister and brought so much disgrace to you and ur family."

Elsewhere, he wrote, "Confessing and getting caught are two different things. You want to know what happens when you cover ur sin maybe you should go read ur bible instead of beating people over the head with it."

Thinking about the way his sister has been wronged by Josh Duggar, Keller said, makes him "sick".

"I have told her I would pay for her to move out here w me and pay for her kidz. I don't think josh will see that this is a big deal and be truly broken till that happens," he said.

"I told her I would go get her and her children stay w me. She said she's staying where she's at. But I won't stop trying to get that pig out of our family," Keller concluded. "I tell you who I don't give a s--- about is that pig she calls her husband."

The Duggar family will be one of the families featured in an upcoming TLC special about childhood sexual abuse called Breaking the Silence, which airs on Aug. 30 at 10 p.m. Eastern time.

The former stars of the TLC show 19 Kids and Counting have seen a remarkable reversal of their fortunes since it was revealed earlier this year that Josh had molested five girls as a teen, four of whom were his sisters.

Parents JimBob and Michelle Duggar went into damage-control mode, giving what turned out to be a disastrous interview with Fox News' Megyn Kelly in which the Duggar parents claimed that Josh's teenage mistakes were normal in any family and that he has since reformed his ways.

TLC canceled 19 Kids and Counting even before the news broke about Josh Duggar's Ashley Madison dalliances and online sex accounts.