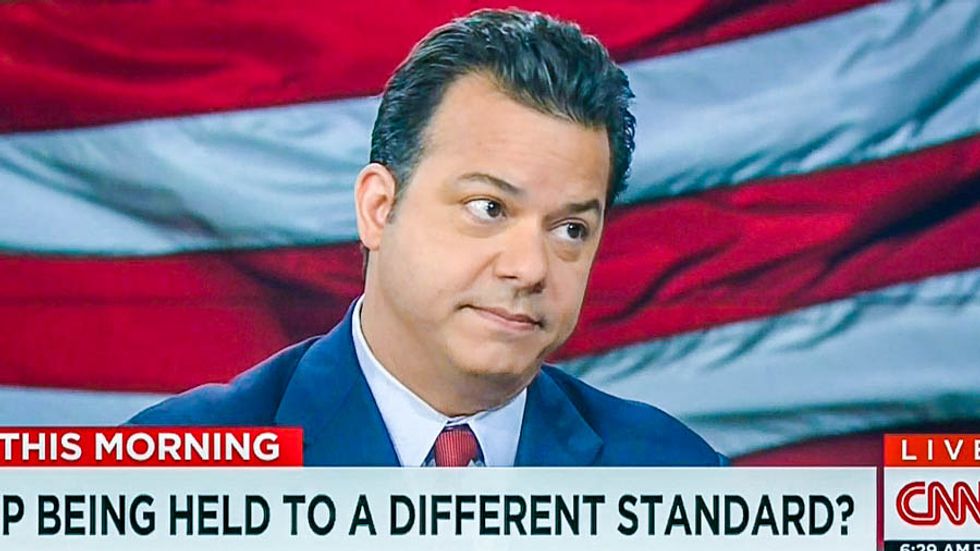 CNN political analyst John Avalon took a shot at his own network on Wednesday for airing GOP hopeful Donald Trump's speeches for hours on end instead of practicing journalism and "calling B.S." on the candidate's rhetoric.

After Trump marked Fox News host Megyn Kelly's return from vacation by tweeting that she was a "bimbo," CNN's Chris Cuomo wondered if the billionaire was making a mistake by picking a fight with Fox News.

"I am pleased to see Roger Ailes and every other journalist at Fox News stand up for Megyn Kelly finally," GOP strategist Margaret Hoover agreed.

"Your party has a problem," Cuomo told Hoover. "They have angry people who you have made angry through a disposition of opposition."

Co-anchor Alisyn Camerota, who spent years hosting Fox & Friends, pointed out that her former network had helped to create the candidate they were complaining about.

"It's interesting that you say that Fox created him," Camerota observed. "Because in part they did. Even when he wasn't running for president, they had him on all the time."

"He had a weekly slot on Fox & Friends," she added. "And now, the fact that he's feuding with them is the irony."

Political analyst John Avalon noted that CNN had also put Trump on the air for hours at a time without challenging his rhetoric.

"You absolutely have to take him seriously and that's where there's a degree of responsibility in covering [him], which involves actually calling BS and not simply giving somebody two and a half hours of free airtime in primetime," Avalon said. "That is not typical behavior for covering frontrunners. That's not typical behavior for covering the president of the United States. Let's be real about that."