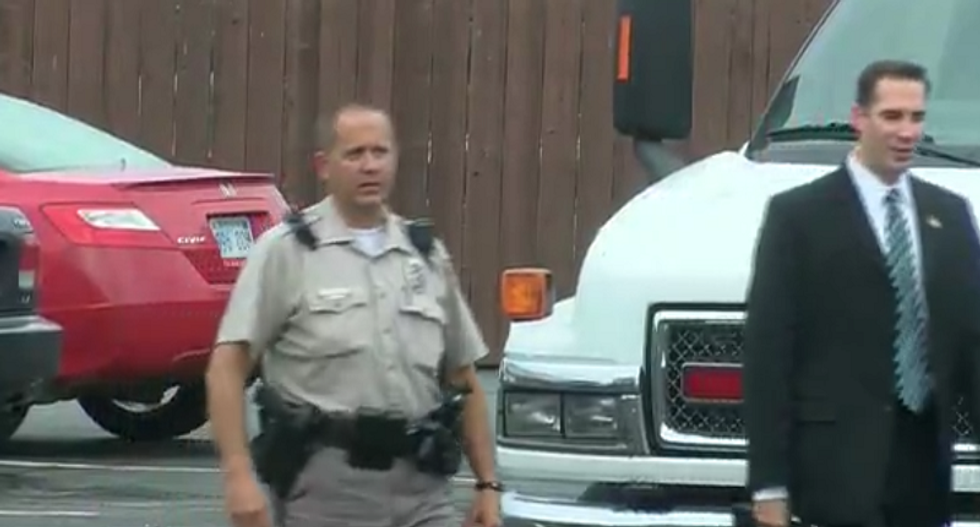 A Kansas abortion clinic was evacuated Monday after a man brought in explosives and knives, CBS News reports.

The man, who wasn't named in news reports, was taken into custody at South Wind Women's Center after the staff called police. The clinic is the same one that murdered abortion doctor Dr. George Tiller worked in and has been the target of protests and violence by anti-abortion activists in the past.

Local KWCH reports the device was "active and set to go off." The bomb was wrapped in a box sealed with tape. It was detonated off-site by the bomb squad.

Police said they are investigating the man's intentions.

"He was very forthcoming about it, he wasn't trying to hide it," Witchita police Capt. Doug Nolte told KSN. "He was here to do some business with the clinic."

The clinic is one of three that provides abortions in Kansas.

Tiller was shot and killed by an anti-abortion activist in 2009 while ushering at church.

The same building was firebombed in 1986 and Tiller was shot and wounded there in 1993, KSN reports. The clinic was re-opened after Tiller's death in 2013.

Scott Roeder, the man who murdered Tiller, had said he was obeying "God's law" and saving babies, when he shot the doctor at his church.

Watch the report from KSN here: