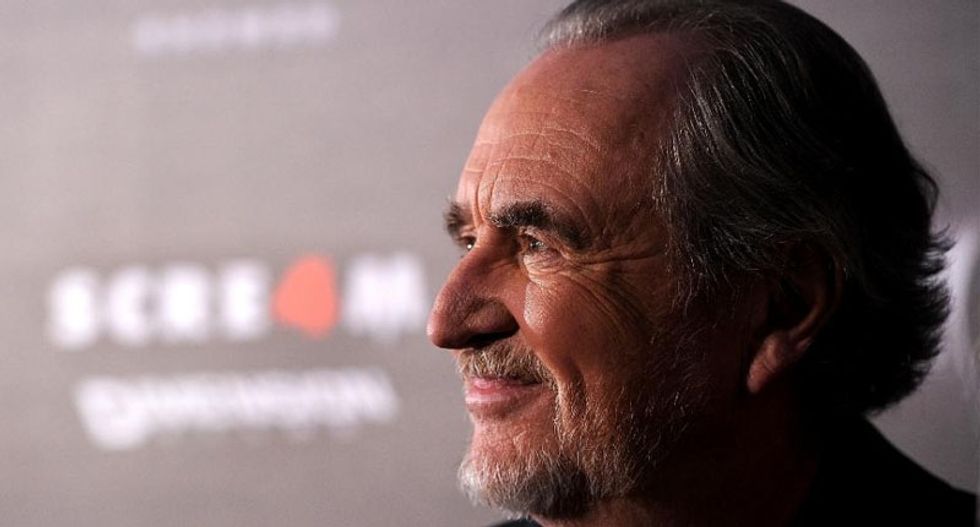 Wes Craven, the director of iconic horror films such as "Scream" and the "Nightmare on Elm Street" series, has died aged 76, his family says (AFP Photo/Frazer Harrison)

Wes Craven, a master of cinematic horror whose legendary directorial credits include "A Nightmare on Elm Street" and "Scream", died Sunday, his family said. He was 76.

Craven had been suffering from brain cancer and passed away at his home in Los Angeles.

"It is with deep sadness we inform you that Wes Craven passed," a family statement read. "Craven was surrounded by love, in the presence of his family."

Craven directed 1984's "A Nightmare on Elm Street," whose terrifying scarred villain Freddy Krueger left a defining imprint on the horror genre of that decade and was reprised in a string of sequels and a 2010 remake.

Krueger, who wore a scruffy fedora and had a glove with razor blades attached to the fingers, would visit his victims in their dreams and slash them to death. The first film in the franchise included a character played by a then-unknown Johnny Depp.

"He made nightmares seem real, the things that scare you in your subconscious can harm you, get to you," said Richard Potter, a movie writer and producer who worked with Craven on the "Scream" franchise.

Craven's eye for young talent also saw him cast Sharon Stone and Bruce Willis in their first major roles, in the 1981 horror flick "Deadly Blessing" and a 1985 episode of "The Twilight Zone" respectively.

Craven, who was known also for his writing and television work, directed several episodes of "The Twilight Zone" revival in the 1980s.

During the 1990s he made three films in the hugely popular "Scream" series, with a fourth in 2011.

Robert Englund, who played the infamous Krueger, said Hollywood had "lost a rare species in Wes Craven. The true Gentleman."

"RIP Wes Craven, my director, my friend. A brilliant, kind, gentle and very funny man. A sad day on Elm St and everywhere. I'll miss him," he tweeted.

The first "Scream" movie featured Neve Campbell, Courteney Cox, David Arquette and Drew Barrymore, and told the story of a US high school targeted by a cloaked killer called Ghostface, who wears a ghoulish mask based on "The Scream" painting by Edvard Munch.

"Today the world lost a great man, my friend and mentor, Wes Craven. My heart goes out to his family," Cox tweeted.

Legendary producer Bob Weinstein said he was "heartbroken" at the news of Craven's death.

"He was a consummate filmmaker and his body of work will live on forever," Weinstein said in a statement to Variety magazine.

Other tributes poured in.

"My friend Wes has left us too soon," said horror director John Carpenter, whose films include such classics as "The Thing" and an adaptation of Stephen King's "Christine."

"He was truly an Old School director," Carpenter said in a posting on Facebook.

"He was such a genuinely nice guy," Potter said. "You felt like you were talking to your favorite professor."

Ohio native Craven, who once taught English, had a graduate degree in philosophy and writing.

"Thank you for being the kindest man, the gentlest man, and one of the smartest men I've known. Please say there's a plot twist," tweeted actress Rose McGowan, a "Scream" veteran.

Craven is survived by his wife Iya Labunka, two children from a previous marriage, a stepdaughter and three grandchildren.