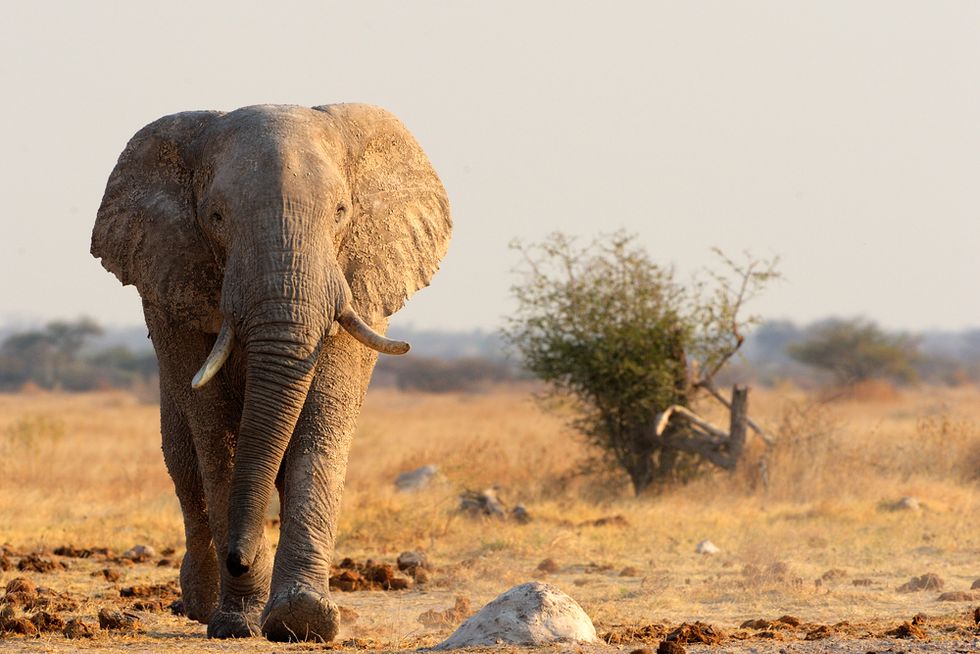 An African elephant in Botswana (Shutterstock.com)

Scientists from the Elephant Listening Project (ELP) are beginning to crack the code of elephant language and learn how elephants communicate with each other over long distances through the use of sounds too deep for the human ear to perceive.

A report on NPR's Morning Edition discussed the work of the animal linguists who study elephant communication, particularly biologist Katy Payne, who was the first person to detect song patterns in whale communication in the 1960s.

Payne helped found the ELP in the 1980s to gain a better understanding of elephants and their society. The project's website says that elephants are "long-lived, intelligent creatures with excellent memories and complex social relationships."

In addition to the regular sounds that we hear elephants make, they also communicate with what is called infrasound, frequencies far too low for our ears to detect.

Payne first stumbled upon the realization that elephants were making these sounds when she was at a zoo in Portland, Oregon in 1984.

"I began to realize, every now and then, I was feeling a throbbing in the air," she said, an experience she likened to singing Bach with a choir and an old pipe organ.

"I realized that was the same feeling I got when I used to sing at Cornell in the Sage Chapel," she told NPR. "It would go low, low, low. When the pipes go down, you begin to lose pitch -- and pitch is replaced by feeling."

"I thought, 'Maybe the elephants are making sounds too low for me to hear, but powerful enough to feel,'" Payne said.

Payne enlisted the help of audiologists at Cornell University, who recorded the inaudible sounds, then sped them up to make them audible. She realized that what she was hearing had been two elephants -- a male and a female -- communicating back and forth through the walls of an enclosure.

Further research revealed that the elephant sounds we can hear are only a fraction of the sounds they are making.

The elephants have flexible larynxes and long, loose vocal cords that they can rumble in such a way that the sound waves travel longer distances that human-audible sounds.

"We realized that they may be coordinating the behavior of elephant populations over large areas," Payne said, "that they -- the infrasound rumbles -- were being used over long distances."

Listen to the story, embedded below:

Listen to audio of elephant calls from the Portland Zoo sped up to be audible to the human ear:

Audio of an infant elephant searching for its mother: