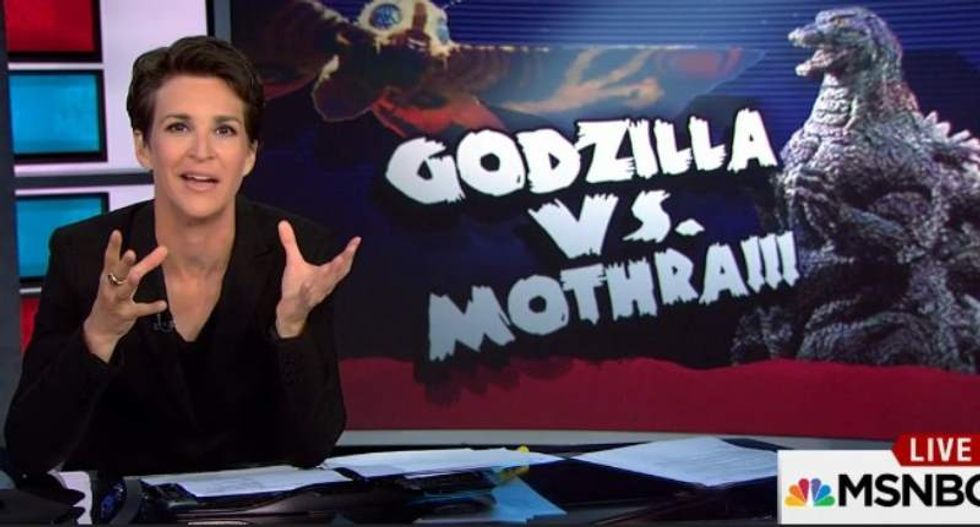 MSNBC host Rachel Maddow analyzed the resurgent squabble between Donald Trump and Fox News on Tuesday, wondering aloud if any Republican presidential hopeful could survive going to war with the conservative network.

Maddow pointed out that after Trump and Roger Ailes brokered a truce earlier this month to stop Trump from insulting host Megyn Kelly, Trump resumed his attacks, prompting Ailes to publish a statement backing Kelly, and her Fox colleagues to start criticizing the real estate mogul.

But a more apt comparison, she added, would be a fight between Dr. Frankenstein and his monster, since Fox provided Trump with a plethora of on-air interview time since he started discussing running for the GOP presidential nomination.

"When Donald Trump wanted to become a real candidate and not a celebrity, when he wanted to start being treated like a candidate, Fox News did that for him," Maddow said. "They created this thing. Which they are now fighting. And the fighting is happening on the exact terms that Fox News invented."

She explained that both the network and Trump like to "ignore reality" and try to answer any criticism by highlighting their ratings -- or in Trump's case, his poll numbers.

"The universe is a snake that eats its own tail," Maddow said.