Money at the heart of US gun control problem, says Amy Schumer 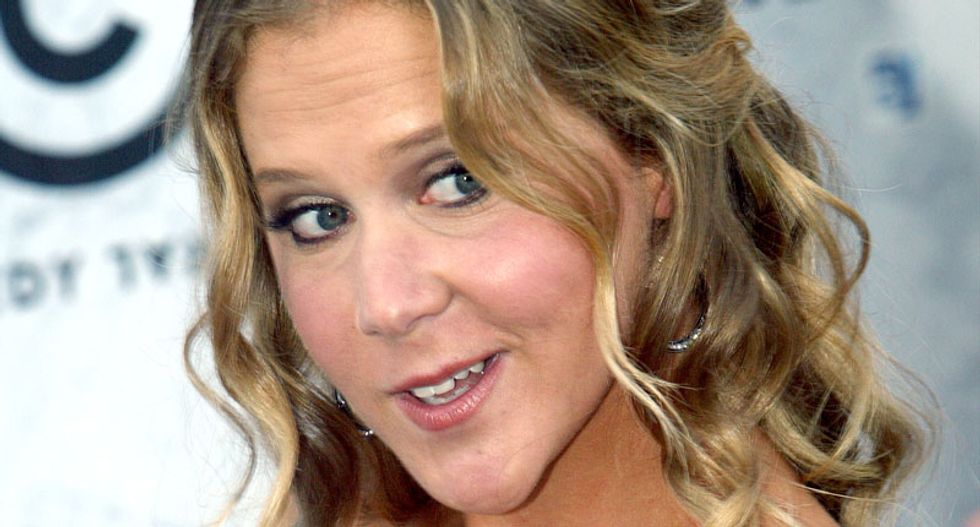 Amy Schumer has said she believes money is at the heart of the ongoing US debate over gun control.

The star of hit comedy Trainwreck last week signalled her determination to speak out against gun violence following the fatal shooting of two cinemagoers at a screening of her film in Louisiana on 23 July. She appeared on stage with her second cousin, New York senator Chuck Schumer, to promote a three-part plan aimed at making it more difficult for violent criminals and mentally ill people to obtain firearms in the US.

Speaking at the Locarno film festival in Switzerland , where Trainwreck screened on Saturday night, Schumer was asked why the US struggled to manage its firearms problem. “I think it’s money,” the actor replied. She said she had decided to campaign against gun violence because the killings last month “really upset me”, adding: “It felt really personal to me. In terms of what’s going on in our congress and why this has been such an ongoing issue is very frustrating.”

John Russel Houser, 59, described as a “drifter” with a history of mental illness, killed Jillian Johnson, 33, and Mayci Breaux, 21, and injured nine others during the screening at a cinema in Lafayette, Louisiana, before turning the gun on himself. The Schumers’ proposed legislation would punish US states that fail to submit relevant records into a background check system while rewarding those that comply.

Charity Action on Armed Violence estimates the US gun industry is worth $38bn in annual economic activity and helps sustain a quarter of a million jobs, directly or indirectly. More than 10.8m guns were manufactured in the US in 2013, a 220% rise from a decade before.

Schumer also spoke about the autobiographical aspects of Trainwreck, the salacious romantic comedy which has catapulted the star of television show Inside Amy Schumer to Hollywood notoriety.

“This is based on my life,” said Schumer, who wrote the film’s screenplay. “Personally, with all the alcohol and sleeping around, that was my behaviour when I was in a lot of pain, and I lost my self-esteem. I don’t think personally that behaviour is healthy.

“I thought Samantha, the character in Sex and the City, if one of my friends were behaving like her, I would take her to the hospital. And for me that’s what I went through. And I realised I wasn’t just hurting myself, but I was hurting everybody around me, including the people closest to me, for watching me be that destructive.”

“The character’s arc, which was also my arc, is it’s really hard to let someone love you. I think the journey that Amy goes through is that at the end she looks at herself and realises that she is worthy of love and she can modify her behaviour.”