NC county commissioner storms out of meeting during Muslim prayer: 'I don't need no Arab telling me what to do' 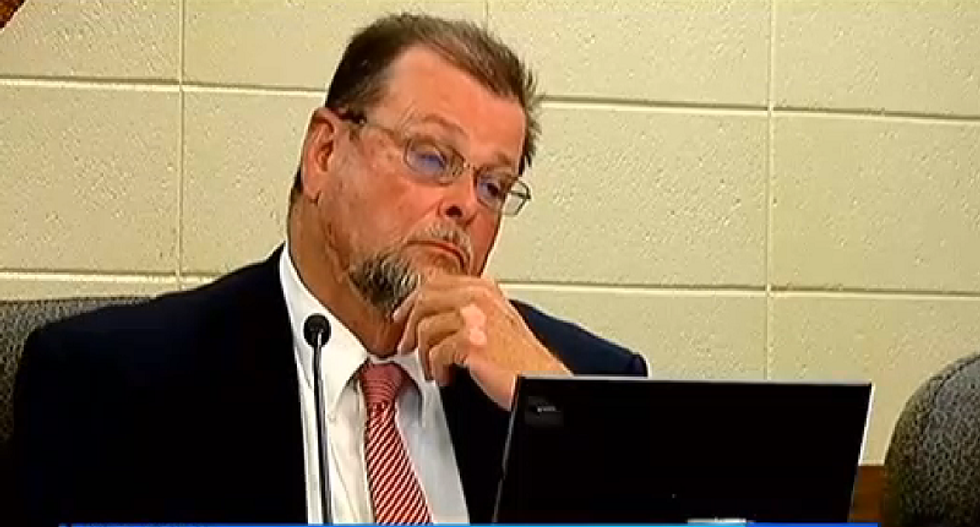 The Lincoln County Board of Commissioners had always opened government meetings with Christian prayer. About two months ago, officials decided that in order to avoid legal trouble, they'd have to let everyone participate.

On Monday, commission chairman Carrol Mitchem, who had previously announced he wouldn't "bow to minorities" and that he "ain’t gonna have no new religion or pray to Allah" at board meetings, held true to his word and walked out on the first person to address the North Carolina government meeting with a Muslim prayer, the Lincoln Times-News reports.

"That was very upsetting. It was upsetting," Dustin Barto of the Foothills Interfaith Assembly, who had led the Muslim prayer, told WSCOTV.

By the end of the meeting, all prayer was banned at board meetings and will be replaced with a moment of silence. Commissioner Alex Patton initiated the motion which was easily voted into effect.

"To me, the final straw was when our chairman got up and walked out," Patton told WSCOTV, adding that the commission needs to focus on pressing matters like the economy and education.

The issue of prayer at the meetings had generated months of controversy, the station reported.

Previously, Mitchem had vowed to keep Christian-only prayers at the meetings.

"I don’t believe we need to be bowing to the minorities," Mitchem had told WBTV. "The U.S. and the Constitution were founded on Christianity. This is what the majority of people believe in, and it’s what I'm standing up for."

The issue came up after nearby Rowan County was ordered by a federal judge to stop opening public meetings with sectarian prayer because it violated the Constitution.

"I don’t need no Arab or Muslim or whoever telling me what to do or us here in the county what to do about praying. If they don’t like it, stay the hell away," Mitchem had responded. "We’re fighting Muslims every day. I'm not saying they’re all bad. They believe in a different God than I do. If that’s what they want to do, that’s fine. But, they don't need to be telling us, as Christians, what we need to be doing. They don't need to be rubbing our faces in it."

Islam is one of the three Abrahamic religions and does, in fact, adhere to the same God as Judaism and Christianity, Jibril Hough, spokesman for the Islamic Center of Charlotte, pointed out.

Watch a report on the controversy from WBTV here: