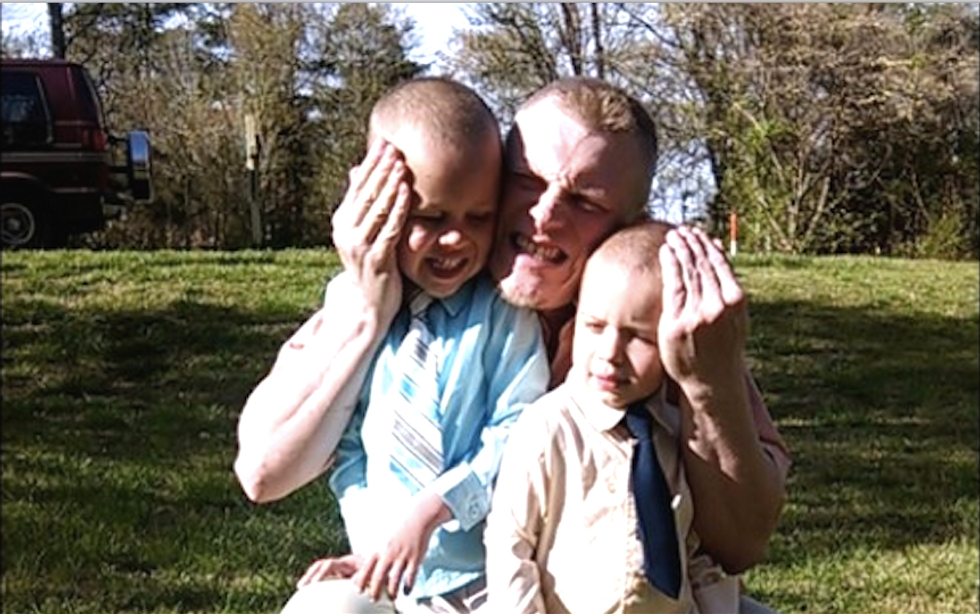 Image: Facebook photo of Shawn Fuller and his sons

An Iredell County, North Carolina man is in critical condition after shooting and killing two boys, ages 3 and 4, and then shooting himself early Sunday morning.

According to the Charlotte Observer, Iredale County Sheriff Darren Campbell reported that deputies were called to the residence of 31-year-old Shawn Fuller at around 3:30 a.m. Sunday on a report of an intoxicated man firing a weapon.

At the residence, officers found Fuller lying in the doorway of his home unconscious with a gunshot wound to the head. In the living room were the bodies of two boys, ages 3 and 4, shot dead. The boys have been identified as Fuller's sons.

Neighbor Ronnie Patterson told the Observer that Fuller was his neighbor and shared the home with his wife and the two boys.

Fuller was a gun enthusiast who liked to fire weapons at bottles, cans and other targets in the back yard, often while consuming alcohol. He had been shooting all day Saturday, Patterson said, before getting into an argument with his wife, who fled the home fearing for her safety. Shortly after that, Fuller pulled the trigger and ended his sons' lives.

His now-private Facebook profile featured Tea Party slogans and flyers. A woman who remembers running into Fuller earlier in the day of the shootings said that he made it a point to say that he didn't shop anywhere that he couldn't take his gun.

The Statesville Record and Landmark spoke with Kelli Simko, who encountered Fuller and the boys at a local store Saturday and she noted that something seemed off.

“He had a gun on his belt,” Simko said. “He told (the clerk) he wouldn’t shop anywhere he couldn’t bring his gun.”

The boys were adorable, she said, and she got a basket of toys and sat down on the floor to play with them.

“They were so smart, so adorable, they were vibrant,” she said. “I don’t usually just start playing with kids on the floor -- I purposely did that because I felt there was just this eerie feeling.”