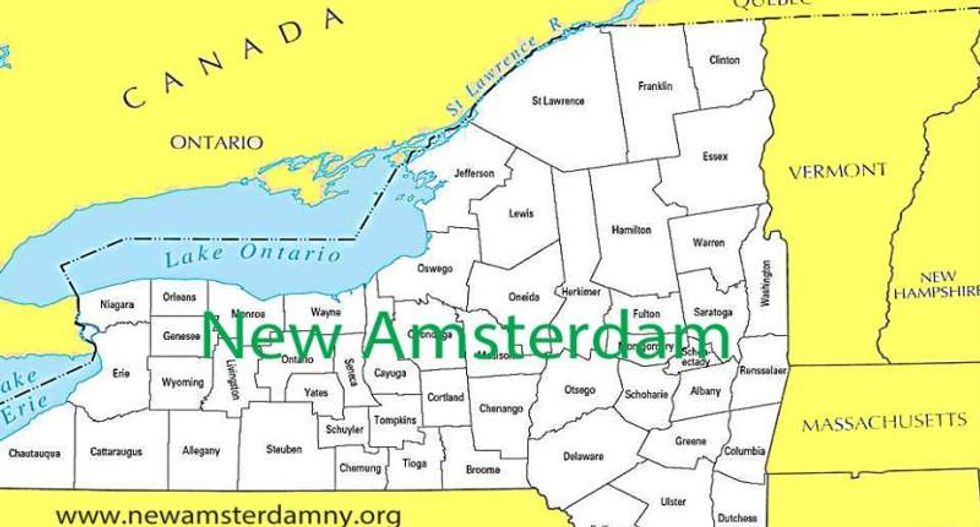 A coalition of groups including members of the Tea Party and the Oath Keepers are planning a rally on Sunday in support of their plan to split New York state into two "autonomous regions," Gawker reported.

The "Let My People Go" event, as it has been dubbed, will call for the upper part of the state to be redubbed "New Amsterdam," while New York City, along with Long Island and Rockland and Westchester Counties would retain the New York name. The proposal calls for the two regions to become self-governing, with a "token" state government.

Organizers said in a separate statement that they are also considering pushing for the upstate region to become part of Pennsylvania. This would require approval from both New York state and Pennsylvania, as well as Congress. Splitting New York into two "regions" would require a state constitutional convention, and a vote on that issue will not be held until 2017.

The group posted a graphic showing the proposed new boundaries on its Facebook page, which can be seen below: 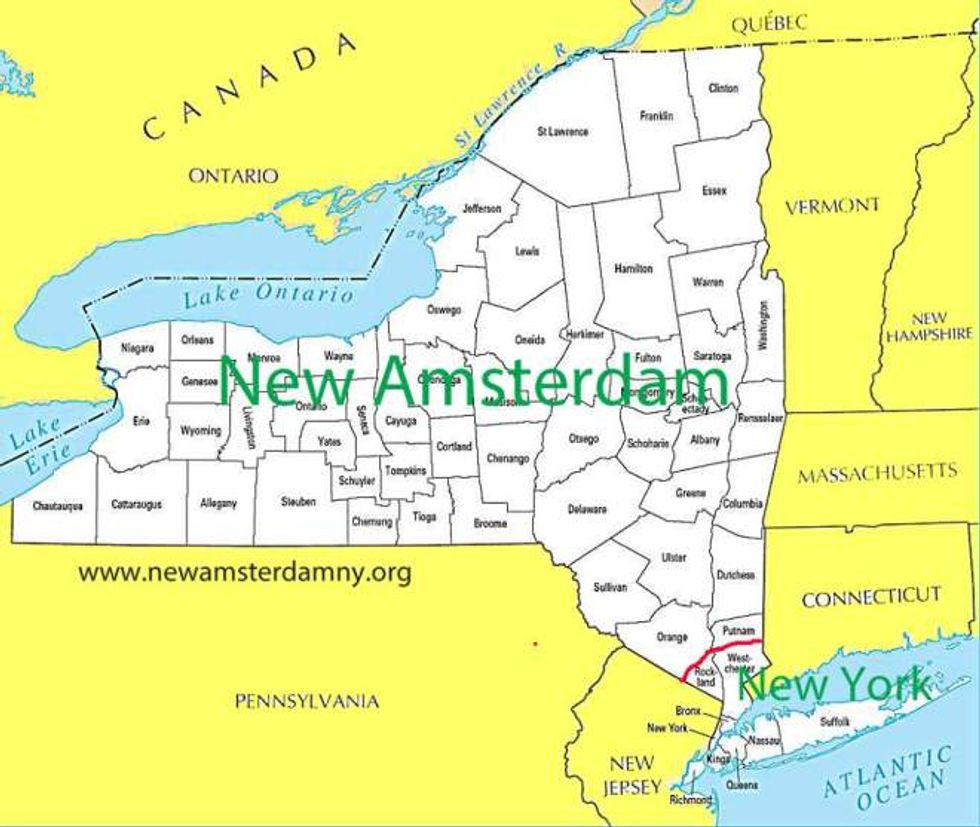 According to Gawker, another group involved in the campaign, Shooters Committee On Political Education New York (SCOPE NY), has come out against gun safety legislation signed by Gov. Andrew Cuomo in response to the mass shooting attack in Newtown, Connecticut. Secession advocates have also criticized Cuomo's administration for opposing fracking.

A petition supporting the split had garnered just over 3,200 signatures by Friday night.

"Why secession? Secession is about reclaiming the economic opportunities Upstate has lost and restoring the liberties Upstate residents once enjoyed," the groups said in a statement. "Downstate has dominated Upstate for decades and Upstate has no future in a state controlled by New York City's needs and desires."

However, Gawker reported that downstate New York gave a collective $12 billion in tax money to the upstate region in 2009 and 2010 alone.

Watch a report on the "New Amsterdam" movement, as aired on WKBW-TV, below.