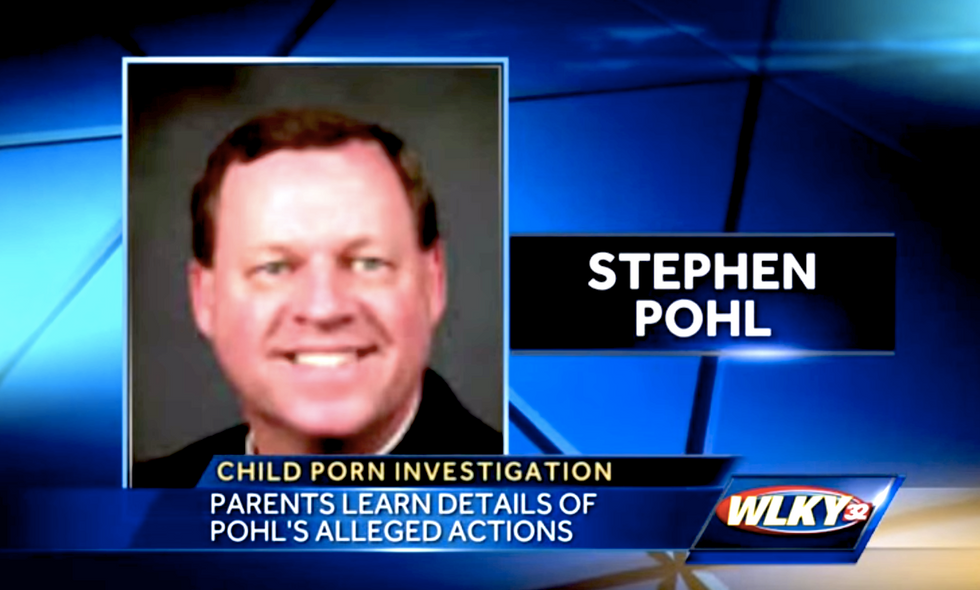 According to WKLY Channel 32, Father Stephen Pohl of St. Margaret Mary Catholic School was arrested in Florida after a confrontation with one boy's angry parents sent him on the run.

Channel 32 obtained the arrest warrant for Pohl and reported that a 10-year-old boy told his parents last week that an incident took place where Pohl photographed him in a way that made him feel "weird."

The student told his mother that Pohl had taken a group photo at school, then asked the boy to pose separately from the other children. The clergyman reportedly asked the boy to sit in a variety of poses including one with his knees spread apart.

The arrest warrant said that in photos seized from Pohl's phone, "One can clearly see up the child's shorts and underwear."

The boy's mother requested copies of the photos that Pohl had taken. Pohl responded with a copy of the group photo and one more innocuous shot of the boy taken early in the posing session.

The mother persisted and Pohl went silent, not answering his phone or responding to emails.

Then, the family ran into Pohl in public. The boy's father demanded to see the priest's phone, which he handed over very reluctantly as he was reportedly "shaking like a leaf."

The student's father found photos of his son and multiple other photos of boys from the school in what the warrant characterized as "inappropriate" poses.

The warrant called the images "child erotica," which Louisville Metro Police Crimes Against Children Detective Dan Jackman described as "images, materials or items that are sexually arousing to certain individuals, but do not rise to the level of child pornography."

Jackman said that his agency found more than 150 photos of schoolboys in Pohl's possession and hard drives in Pohl's office showed evidence that the machines had been used to child pornography.

Pohl resigned from his position at St. Mary Margaret on Thursday and was apprehended by Florida police on Friday. He was arraigned in federal court in Florida on Monday and now faces extradition back to Kentucky.

The Louisville Archdiocese issued a statement on Monday that said, "The Archdiocese remains on our priorities of cooperation with the authorities and pastoral care for families at St. Margaret Mary. We encourages any parent who has questions or concerns to contact the authorities and our Victim Assistance Coordinator (victimassistance@archlou.org). Parents have been provided with contact information for the Cyber Crimes Unit of the FBI."