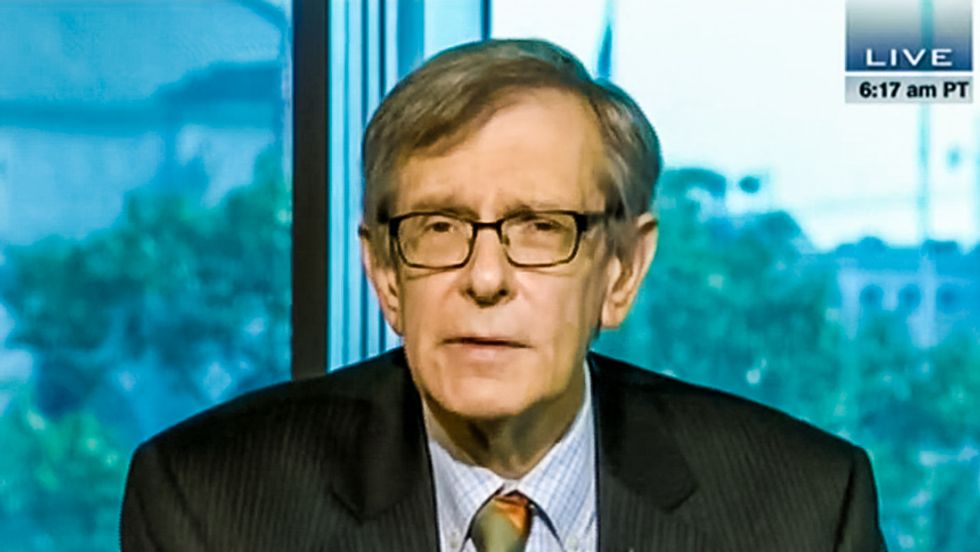 Rev. Barry Lynn, the executive director for Americans United for Separation of Church and State, elicited the ire of evangelical Christian C-SPAN callers on Monday, who accused him of "speaking profanity" against God.

During a C-SPAN segment about Lynn's book, God and Government, evangelicals from the southern area of the United States that is informally known as the Bible Belt called in to complain that Christians were facing discrimination because of the separation of church and state.

"Reality is Christianity," Jerry from Mississippi told the pastor. "Christianity is reality. Jesus Christ is spirit of life. Satan is spirit of death. It's a test. We're in the test. We all are."

"Reality is Christianity and religion is Bible," the caller continued. "Bible is confusion. History never changes because the Word never changes. Man changes history or tries to, but he won't succeed."

At that point, the C-SPAN host interrupted to ask if Jerry had a question.

"That's my question," Jerry insisted. "Why do we keep speaking about religion when religion is Bible? Spirit of life is Jesus Christ. Reality is Christianity."

Lynn reminded the caller that there were 25 million atheists and free thinkers in the United States -- in addition to the over 2,000 religions that were represented in the country.

"They are all first class citizens," he explained. "If you are going to be living in this country, if you are a person in this country, you deserve to be treated just as well as anyone, including 'Jesus Christ is my savior' believers."

A man from Tennessee named Will phoned in to say that Lynn did not deserve to be called a man of God.

"He really shouldn't have the reverend before his name," Will opined. "God is holy. Everything about the Word, his plan of salvation is holy. And what you need to realize is what you're speaking here is profanities against the holiness of God."

"You should have the Holy Spirit beating you to death right now," the man quipped as Lynn smiled.

The pastor replied with a story about how he was grilled by Rep. Louie Gohmert (R-TX) at a House Judicial Committee hearing on religious liberty.

"The argument that you are making was ironically made to me by a United States congressman named Louie Gohmert from the state of Texas when I was testifying about a year ago on the state of religious freedom in America," Lynn said. "And I started by saying there's a dizzying level of religious freedom in America. The people who have the most problem practicing it are people in minority religious groups, there are people who are non-believers, they are not Christians, born again or otherwise."

"And Congressman Gohmert, during his five minutes to question me started to ask me, 'Well, do you promote that Jesus Christ is the only way to heaven?'" Lynn recalled. "And this was an interrogation... from an elected official using the taxpayers' money and taxpayers' time to interrogate me about religion. I don't think that that's appropriate."

He added: "I think Congressman Gohmert is kind of a walking, talking example of why we need the separation of church and state in this country."

At the conclusion of the segment, Lynn reminded conservative Christian politicians that hypocrisy was considered a sin in the Bible.

"There are plenty of people in Washington... a lot of politicians who say, you know, we read the Bible, we have a selective interest in explaining how the Bible is relevant to making policy," he observed. "But hypocrisy -- unlike contraception, heterosexual or homosexual marriage -- hypocrisy is a sin in the Christian Bible. These other things are not."

Watch the video below from C-SPAN's Washington Journal, broadcast Aug. 24, 2015.