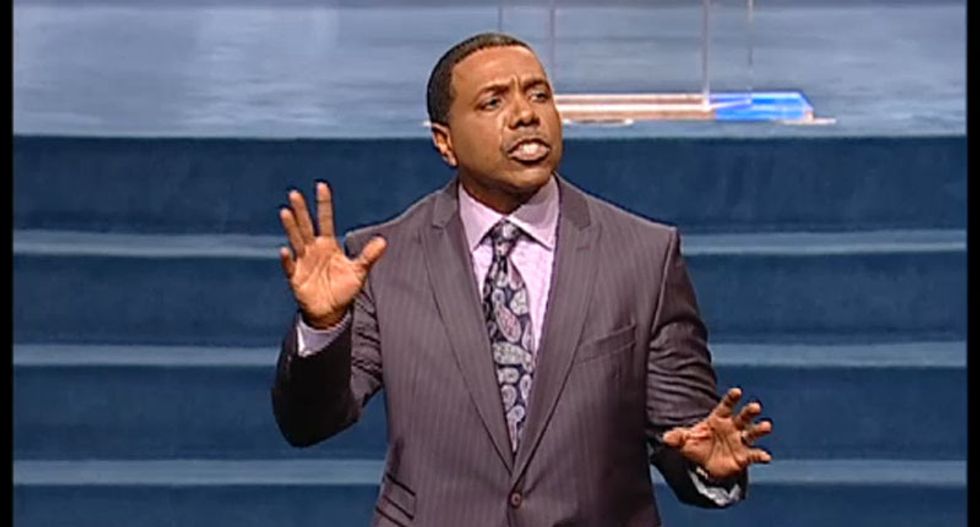 Atlanta "prosperity gospel" minister and megachurch pastor Creflo Dollar briefly addressed his desire for a multimillion-dollar Gulfstream G650 jet over the weekend, saying people who criticized him didn't have a godly worldview.

"See, don't get upset when the world says stuff and talks about stuff, and all that. They're just looking through the wrong lens, they don't understand," Creflo said in a sermon uploaded to his ministry's website.

"'What does a preacher need with an airplane?' They don't know," the preacher added. "They'll never know because they're not looking through the Word. They will never know, never never know."

Creflo made national news after asking his followers to donate towards the purchase of a $65 million dollar Gulfstream G650 jet to replace his older airplane. He pulled his fundraising appeal after a backlash, but his ministry later announced they were still seeking the luxury private jet, claiming it was a necessity for its global outreach.

During his sermon, he also commented on faith healing.

'Well, I don't believe you can just be healed without medicine.' They don't know because they are looking through the wrong lens. They'll never never know."

Creflo made the comments the same weekend that HBO host John Oliver mocked him and other "prosperity gospel" preachers.