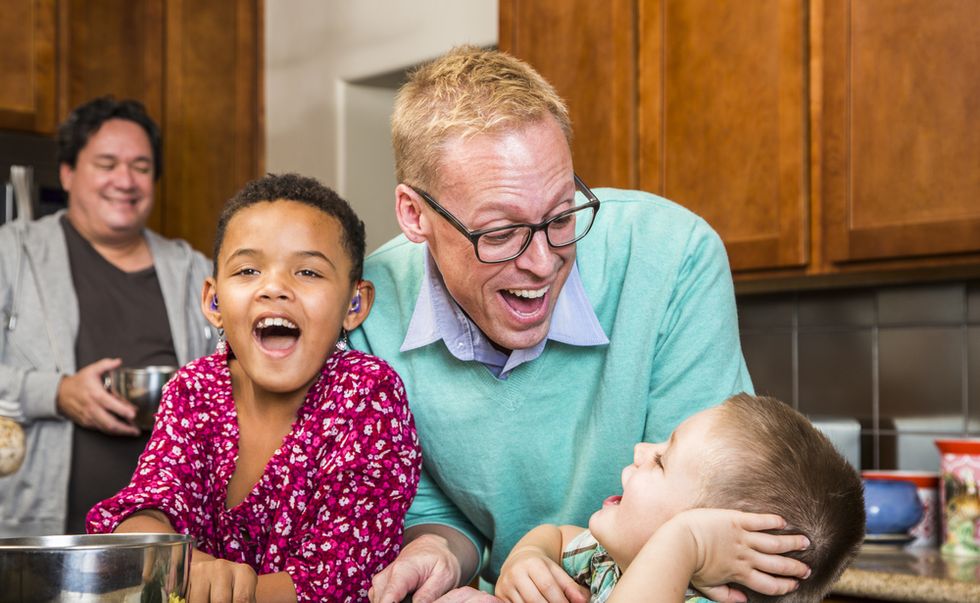 A gay dad who runs a parenting resource center for LGBT families wrote a scathing letter to Kim Davis, the Kentucky county clerk who refuses to issue marriage licenses to same-sex couples -- in spite of multiple court orders.

Writing at Huffington Post, The Next Family's Rob Watson said, "As a gay dad, Ms. Davis’s behavior bothers me on multiple levels. I look at the messages not just to me, but to my kids and their counterparts in LGBT families across the nation."

"Her treatment of two prospective families is humiliating and demeaning," Watson continued. "Kids who are in LGBT families, and kids who are LGBT themselves should not be sent this message that a government official would rather they simply not exist."

Furthermore, he said, he has concerns about Ms. Davis' behavior.

"I am teaching my kids principles of responsibility and citizenship," wrote Watson. "Ms. Davis violates that principle at every turn."

He went on to write to Davis, "I understand that you are angry that the fight for marriage equality did not go the way you had hoped. While I am pretty sure I will not be able to persuade you into liking the decision, as a public servant, I do expect you to respect it."

"Your demand that the terms of your job adhere to your own standards rather than the objective standards of law reminds me of how my 12-year old son would like rules applied," he said. "He would like for his brother, who is 13, and him to be able to go to the local pool unattended. The pool’s rule for unattended kids is 14 and older. Jesse applies his logic this way: “Dad. If you add both Jason’s and my ages, together we are 25. That’s the same thing.” (Imagine them trying that logic at the local dance bar.)"

"His logic and the rules are not the same thing. Neither is your desire and the rule you want to break on behalf of 'your beliefs,'” said Watson, who has four children.

"In those situations, he, like you, will want to only do what he wants, when he wants. It has taken many discussions and his growing maturity to understand that by being part of a team, a village, a country and by agreeing up front to the terms of engagement, he does not get to violate rules just because he wants to," he explained.

He went on to explain to Davis that the Liberty Counsel -- the right-wing law firm dedicated to defending theocratic law in U.S. courts -- does not have Davis' best interests at heart when they urge her to flout the law and risk fines and imprisonment.

"Liberty Counsel seeks to attract emotionally charged hate money from those wanting to harm all gay families, from those who would wish to criminalize homosexuality, from those who see gay marriage and abortion with equal passion. Just because they have rallied to your cause, they are not your friends either however. What they are doing to you is worse than what they will actually be able to affect towards LGBT families," he said.

"Your 'friends,'" Watson continued, "who themselves will reap millions, are telling you to hang out until the end where you will be potentially unemployed, and perceived globally as a selfish intolerant hypocrite who was cruel to her neighbors."

He urged Davis to "do your job, respect the people making their own life choices, and trust the God you profess to believe in that love will prevail in the end."