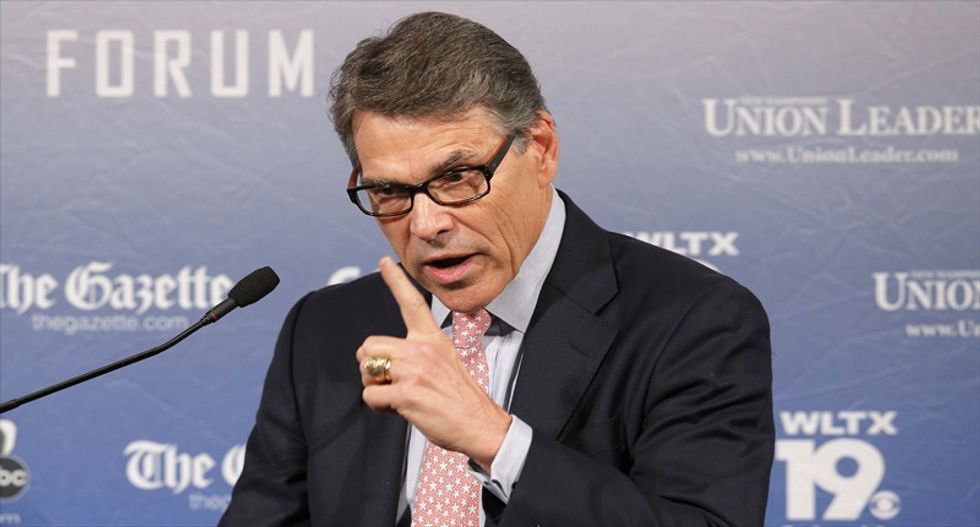 The lack of paid labor was initially thought to affect Perry staffers in South Carolina. However, the two newspapers cited an anonymous source saying that the issue has spread to the former governor's offices in Iowa and New Hampshire, as well as his campaign headquarters in Austin, Texas.

Katon Dawson, the chair of Perry's efforts in South Carolina, confirmed that he and his five fellow staff members there had "moved to volunteer status."

According to the Tribune, aides for the former governor and a PAC supporting him vowed to carry on, with Perry scheduled to appear in South Carolina on Thursday and Iowa next week.

"As the campaign moves along, tough decisions have to be made in respect to both monetary and time related resources," said his campaign manager, Jeff Miller. "Governor Perry remains committed to competing in the early states and will continue to have a strong presence in Iowa, New Hampshire and South Carolina."

While Perry's campaign had raised a reported $1.14 million in the second quarter of 2015, the Opportunity and Freedom PAC backing him amassed almost $17 million by the end of June. The group's senior advisor, Barbour, told the Tribune it was "not going to let Rick Perry down."

"We've got plenty of money," he said. "That's what I know. And we're going to put that money to use in Iowa to make sure the governor is in the top three there."

According to an NBC News poll released on Monday, Perry is in 10th place among Republican contenders, with the support of two percent of GOP voters.

Disgraced Trump National Security Advisor turned QAnon promoter Mike Flynn has allegedly filed a $50 million claim against the U.S. Dept. of Justice, alleging “malicious prosecution” and “emotional distress” despite having repeatedly confessed, including in court before a federal judge.