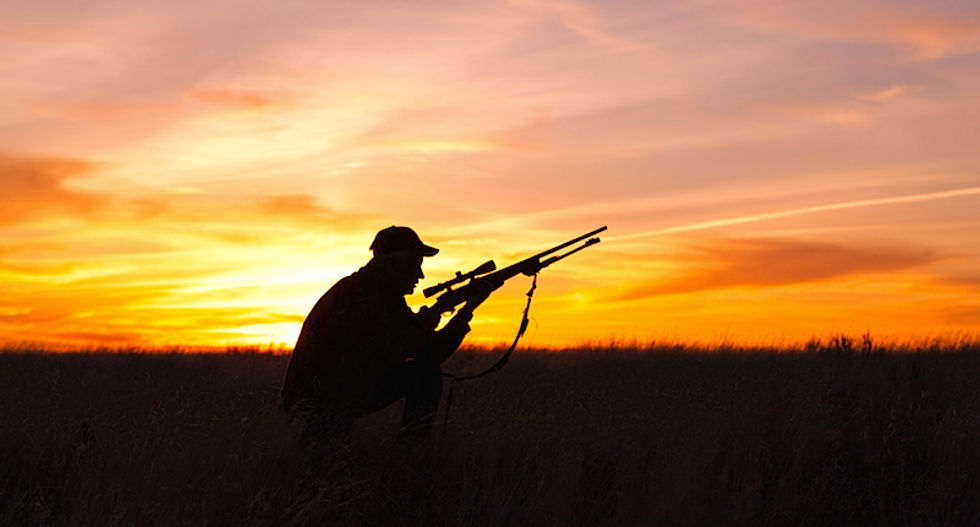 Humans are super-predators that upset the natural balance on Earth by killing far too many adult animals and fish, scientists said Thursday, urging a focus on catching fewer and smaller creatures.

People tend to kill adult fish at 14 times the rate of marine predators, said the findings in the journal Science.

And humans slaughter large land carnivores such as bears and lions at nine times the rate of predatory animals in the wild.

Based on a survey of 2,125 predators around the world on both land and in the water, scientists found that people cause "extreme outcomes that non-human predators seldom impose," said co-author Chris Darimont, professor of geography at the University of Victoria in British Columbia, Canada.

These include extinctions, shrinking numbers of fish, smaller sized fish, and disruptions to global food chains.

These impacts are made possible by humans' unique approach to hunting -- using weapons and external energy sources like fuel to power our hunts, searching for the biggest catch possible and acting as suppliers for other hungry mouths in faraway places, he said.

This is in sharp contrast to the way the marine world operates, with most predators focusing on juvenile prey taking only about one percent of adults.

"Our impacts are as extreme as our behavior and the planet bears the burden of our predatory dominance," said Darimont.

If humans want to continue to see large beasts like rhinos, elephants and lions in the wild, as well as ensure the health of ocean life, scientists said big changes are needed.

"We're suggesting a new and perhaps transformative way to consider what sustainable exploitation could be," said Darimont.

He said the recent outrage over the killing of Cecil the Lion may be an indicator that societies are ready to at least cut back, if not stop all together trophy hunting of large beasts.

"If future generations of people are to see these magnificent animals, then this requires cultivating new tolerance for living with them," he told reporters.

"This might include increasing revenues to local communities derived not from hunting, but from non-consumptive uses such as eco-tourism, shooting carnivores with cameras, not guns."

When it comes to fishing, Darimont and co-author Tom Reimchen urged a focus on younger, smaller fish.

Currently, humans tend to focus on catching the biggest fish, because they provide more food and they are easier to process than smaller fish, which are often thrown back.

But these adult fish are valuable when it comes to reproduction, and should be spared so that they can release more eggs over their adult lifespan, the authors argued.

Salmon fisheries run by people harvest about half of all adult fish.

"It is not simply the issue of shifting the extraction rate to juveniles," said Reimchen, a biology professor, adding that humans would have to drastically cut their fishing quotas in order to better resemble the behavior of other predators.

"If you use natural predator-prey quotas as some type of sustainable guide, we would be talking perhaps close to an 80 or 90 percent reduction in our global take," said Reimchen.

Such sweeping changes may be hard to make, but an accompanying editorial by Boris Worm of Dalhousie University argued that humans may be unique in that regard, too.

"We have the unusual ability to analyze and consciously adjust our behavior to minimize deleterious consequences," Worm wrote.

"This final point, I believe, will prove critical for our continued coexistence with viable wildlife population on land and in the sea."