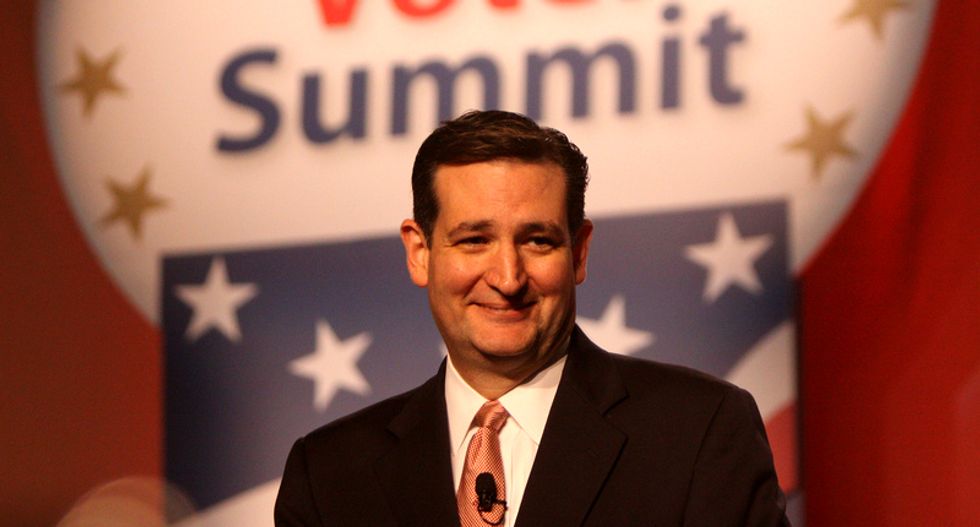 Republican presidential candidate Ted Cruz has chosen a couple who are aiming to put up 1,000 billboards attacking same-sex marriage to be part of his Iowa leadership team.

Betty and Richard Odgaard, who lost a civil case in January after refusing to allow a gay couple to marry at their restaurant, have already erected one anti-gay marriage billboard in Oklahoma. They were added to Cruz’s Iowa team on Tuesday.

Announcing their appointment, the Cruz campaign described the Odgaards as “courageous conservatives” who will form part of “a strong leadership team to win the Iowa caucuses”.

The Odgaards erected the first billboard of their planned 1,000 on 24 July. On the Facebook page of their ministry, God’s Original Design, they described the billboard as a “14’x48’ lighted beauty”.

The billboard bears the message: “Marriage =” followed by the symbols of a man and woman. Beneath this is a line which reads: “Please … I need your help with this! – God”.

The couple have focussed on the ministry – a registered non-profit – since closing their Grimes, Iowa-based Gortz Haus gallery in July. The God’s Original Design Ministry website states that it was established to “advance Christian teachings, Biblical ordinances and natural laws as God intended”.

The site adds: “This ministry also provides a platform for God fearing people to stand tall & proud in defense of God’s Original Design, and to give a voice to the ‘silent majority’.”

Neither the Cruz campaign nor the Odgaards could be reached for comment.

The Odgaards’ business fell on hard times after they refused to allow Lee Stafford and Jared Ellers to marry at the Gortz Haus gallery.

Stafford and Ellers filed a complaint with Iowa’s civil rights commission, the Des Moines Register reported , and the Odgaards were eventually forced to pay the couple $5,000.

The Odgaards were also ordered not to discriminate against people on the basis of their sexuality. Betty Odgaard told the Register that the couple’s faith meant they could not allow gay couples to marry at their business.

It is unclear when the second of their 1,000 billboards will be erected.