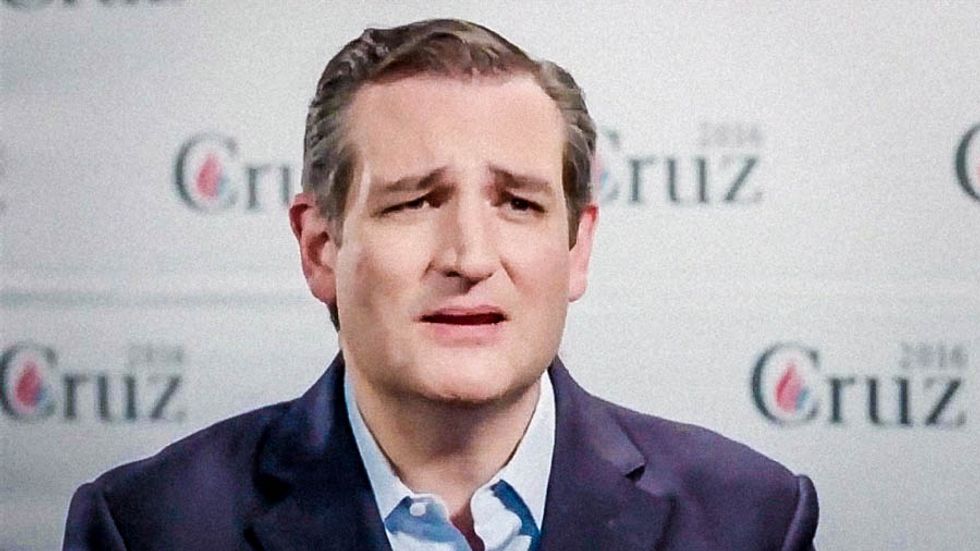 Republican presidential candidate Ted Cruz said that a recent confrontation with actress Ellen Page about LGBT rights was an example of "liberal fascism" and a "hatred" for Christians.

While Cruz was campaigning at the Iowa State Fair last week, Page had asserted to the candidate that it was un-American that LGBT people could legally be fired for their sexual orientation.

In an interview with Newsmax's Ed Berliner that was taped later that day, Cruz predicted that he wouldn't be getting support from many "Hollywood celebrities."

"I'm a Christian and scripture commands Christians to love everybody," he continued. "This is about whether the government is going to persecute people of faith for standing up to their faith."

"And what we're seeing right now is this liberal fascism and intolerance," Cruz opined. "Their object is to persecute, to punish, to fine any Bible-following Christian or believer that believes in the biblical definition of marriage as the union of one man and one woman."

"There are some activists who, frankly, manifest a hatred and intolerance for Christians, who are persecuting Christians," the GOP candidate said as he squinted. "That is unfortunate. As I said, I think we should love everybody."