Tenn. pastor lashes out at 'liberal society': Stoning gays is part of 'the mindset of God' 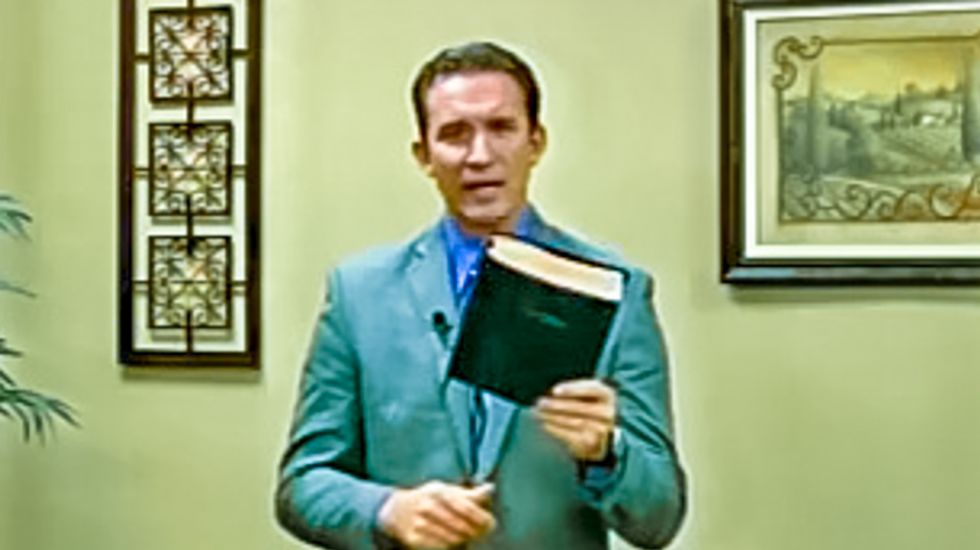 Pastor Ben Bailey of the Central church of Christ in McMinnville, Tennessee blamed "liberal society" for banning the stoning of LGBT people, whom he said were deserving of punishment.

In a Sunday broadcast for The Gospel of Christ television program, Bailey observed that some couples were choosing to go to churches with "relaxed and liberal views."

He said that they wanted "things like women preaching, women leading in service, where homosexuals and gay marriage were accepted openly."

"They were just looking for something liberal," the pastor continued. "Something that didn't criticize or condemn or didn't have any hardcore standards on anything -- anything goes type of mentality."

But Bailey argued that was not what God wanted.

"He has a definite standard and it is not the liberal mindset that we see today," Bailey opined. "This book [the Bible] does not condone things like women preaching... Paul said I do not let a woman preach of be in authority over a man, that's not according to the Bible. If I'm out to please God, we don't find things like that in the Bible."

"God does not approve of homosexuality or gay marriage," he insisted. "The scripture says... that is vile, unnatural and deserving of a penalty... It's an abomination that under the Old Testament deserved stoning."

"And so, is our God, the God of Bible, wanting us to go somewhere where it's liberal, relaxed views and anything goes. No, that's the effect of a very liberal society. And we need to make sure that such is not the idea or the mindset of God."