Texas murder probe: Ex-cop offered $5,000 to murder woman because it was cheaper than child support 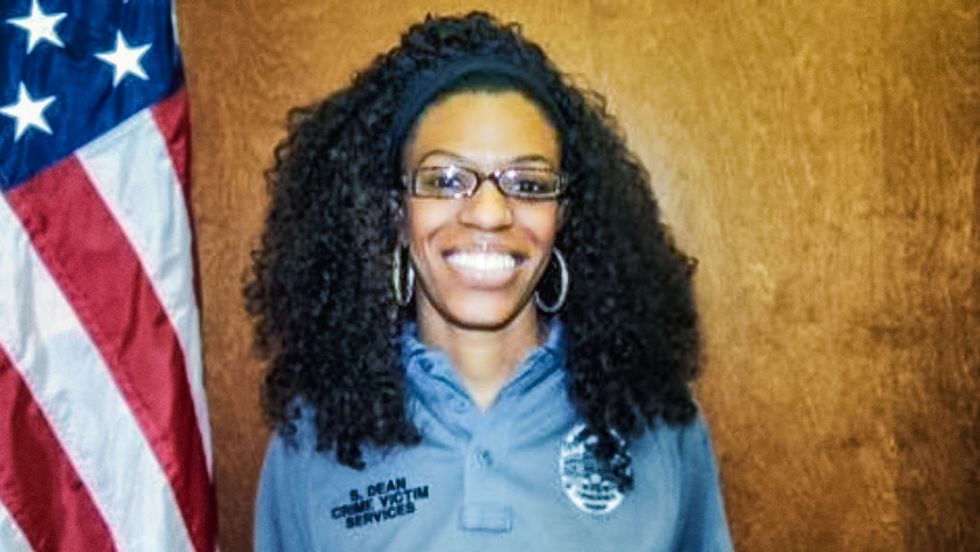 Samantha Dean was murdered in February of 2015 (KXAS)

Investigators revealed this week that a fired Austin police officer was accused of trying to hire someone to murder a pregnant former lover for $5,000 because she wanted him to pay child support.

Last month, 32-year-old then-officer VonTrey Clark told a Texas Ranger that he had an affair with homicide victim Samantha Dean. Clark said that the relationship was “off-and-on over the last six or seven years, and that he believes he is the father of Dean’s unborn child, Baby Dean,” according to court documents.

The department fired Clark after he disobeyed orders by fleeing to Indonesia, which does not have an extradition treaty with the U.S.

A warrant to search Clark's home this week accused Clark of trying to hire a hitman to murder Dean. Aaron Williams, who was described as a close friend of Dean's, told investigators that the former officer was planning "to pay someone $5,000 to kill Dean and her baby due to Dean wanting Clark to pay child support for the baby.”

Williams said that 31-year-old Kevin Watson told him that he had committed the murder on Dean's behalf, and that a man named Freddie Smith had also participated in the murder.

Watson reportedly said that the “murder had been set up to look like a drug deal." Cell phone records linked Williams, Watson, Smith and Smith's girlfriend to the murder, the warrant said.

Attorney Bristol Myers, who is representing Clark, pointed out that investigators "came up empty" in their search of Clark's locker at the Austin Police Department.

“Unfortunately, there is no legal requirement that an investigator’s affidavit include any of the facts and details that might cut against the desire to search a given place," Myers said in a statement. "This affidavit for the locker was cut-and-paste from search warrants executed on Officer Clark’s home and car, and the result was essentially the same: investigators came up empty."

Clark has not been charged with a crime. And his lawyer insisted that there was nothing improper about his trip to Indonesia.

Watch the video below from Austin American-Statesman.