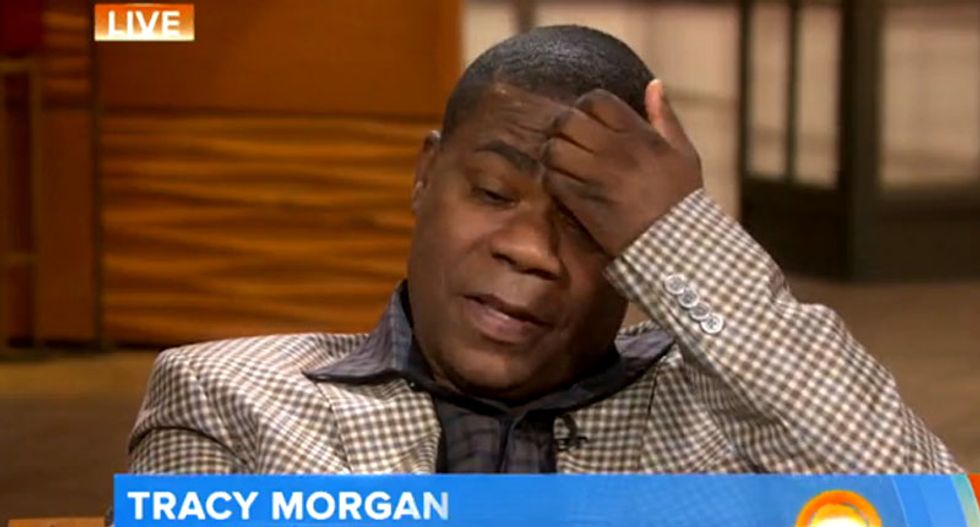 Tracy Morgan has vowed to return to comedy, a year after he was badly injured in a car accident that claimed the life of a longtime friend.

On 7 June 2014, the limousine van in which Morgan was traveling collided with a Walmart truck on the New Jersey Turnpike. The star of 30 Rock and Saturday Night Live suffered a serious brain injury, a broken leg and broken ribs. The 62-year-old comedian James McNair, who went by the name Jimmy Mack, was killed.

On Monday, in his first interview since the accident, Morgan sat down with the host of NBC’s Today Show, Matt Lauer , to discuss the crash, his recovery and the victims’ confidential settlement with the retail giant.

“I love comedy and I can’t wait to get back to her but right now my goal is just to heal and get better because I’m not 100% yet,” said Morgan, holding a cane. “I’m not, and when I’m there you’ll know it. I’ll get back to making you laugh. I promise you.”

Morgan said harder than the recovery was waking up from a coma to learn that his longtime friend had died.

“Bones heal, but the loss of my friend will never heal,” Morgan told Lauer, as he fought back tears. “But I’m happy that Walmart stepped up to the plate in a tremendous way.”

Last week, Walmart settled for an undisclosed sum a lawsuit brought by Morgan and two others who were seriously injured in the accident.

The driver of the truck, Kevin Roper, had been on the job for more than 13 hours at the time of the crash, according to a report by federal transportation safety investigators. Federal rules permit truck drivers to work up to 14 hours a day, with a maximum of 11 hours behind the wheel.

Morelli said he and Morgan would meet personally with Walmart chief executive Douglas McMillon this week.

McMillon “wants to say sorry to Tracy directly and, I think, apologize and see that he’s OK,” Morelli said. “I though that was a huge gesture.”

Later on Monday, Morgan used Twitter to send a message to his fans. “It’s been a year,” he said. “Just wanted to say thank you for all of your love and support. Will see you soon.”