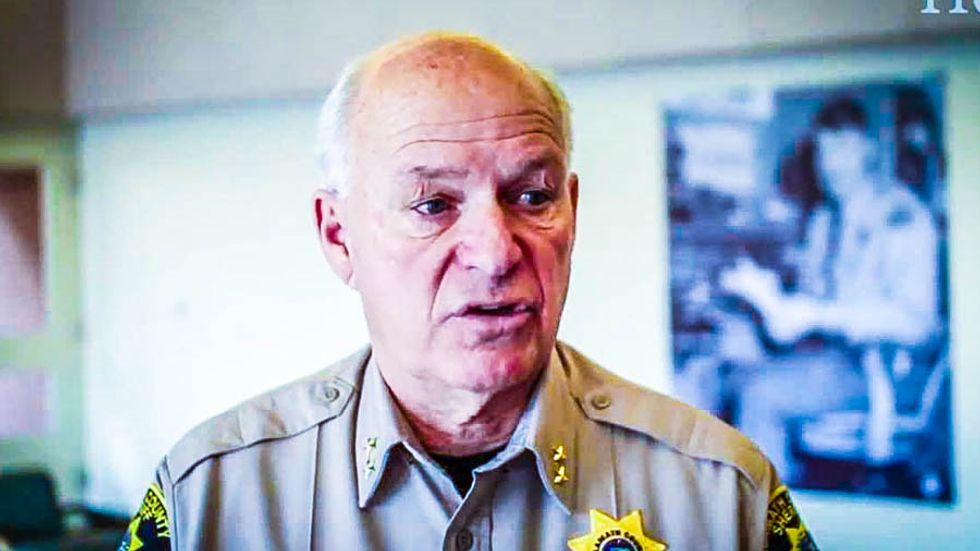 Over twenty percent of deputies Klamath County, Oregon recently asked to be put on leave after Sheriff Frank Skrah was accused of punching a handcuffed suspect.

The Oregonian reported that the Oregon Department of Justice confirmed on Monday that Skrah was under investigation for use of excessive force. At the same time, seven of the county's 30 deputies had been granted requests for “non-disciplinary" paid leave.

“The Klamath County Board of County Commissioners today confirmed that over the last four days, Klamath County has placed seven deputies on non-disciplinary paid administrative leave, per their requests,” the county said in a press release.

A second statement from Sheriff Skrah complained that the county had granted leave without his approval.

“Placing these individuals on paid leave was done without consulting with me or my command staff," the sheriff remarked. “I will do everything possible, together with my command staff too (SIC) keep patrols operating for the benefit of the citizens of Klamath County.”

Attorney Becky Gallagher, who was hired by the deputies union, said that the officers requested the leave to protect themselves from retribution.

"The Klamath County Peace Officers Association went to the county and asked for some protection for its members," Gallagher explained. "They were concerned about retaliation and a hostile workplace."

According to Gallagher, at least one of the deputies had filed a complaint with the Oregon Employment Relations Board against the sheriff.

Klamath County Commissioner Kelly Minty Morris suggested that the county could be at risk because because so many deputies were off the job.

"The board of commissioners is currently assessing whether this puts us at risk in terms of being able to protect the public safety," she noted.