WATCH: Video appears to show man with hands up before Texas officers shoot him dead 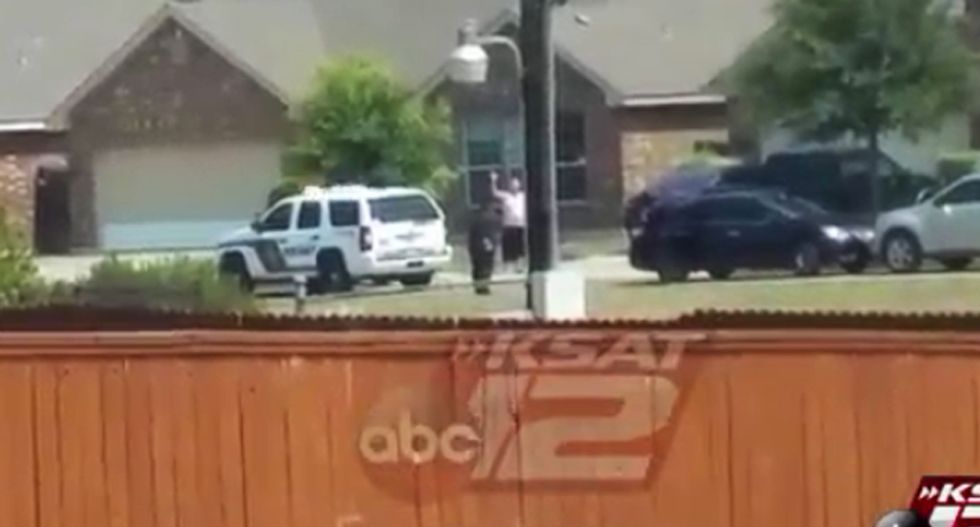 A local news channel in Texas has released video footage that appears to show a man raising his hands in the air before being shot dead by police.

Local news channel KSAT12 did not release the entire mobile phone video, and said it had chosen to freeze the footage just before the man was shot.

In the released video the man, who is not wearing a shirt and appears to be white, is seen running. It is unclear if he is armed or not. He then stands with his hands raised, before the video stops.

The Bexar County sheriff’s office said deputies were responding to a domestic disturbance call on Friday morning when they attempted to subdue the man with non-lethal means, including Tasers and shields.

Sheriff Susan Pamerleau said at a press conference the suspect had allegedly injured a woman and an 18-month-child.

“Certainly what’s in the video is a cause for concern,” Pamerleau said, “but it’s important to let the investigation go through its course so that we can assure a thorough and complete review of all that occurred.”

The sheriff said two deputies fired shots at the suspect after a “lengthy confrontation”.

Both deputies had been with the department for more than 10 years, Pamerleau said, adding that they were now on administrative leave, pending the results of an investigation.

University student Michael Thomas gave the video to the news station, after witnessing the shooting in a San Antonio neighborhood.

Thomas said that because of recent attention to and protests over police shootings of civilians, he had thought: “Well, maybe I can catch something with my camera.”