Video shows Ralkina Jones’ chilling words before dying in police custody: ‘I don’t want to die in your cell’ 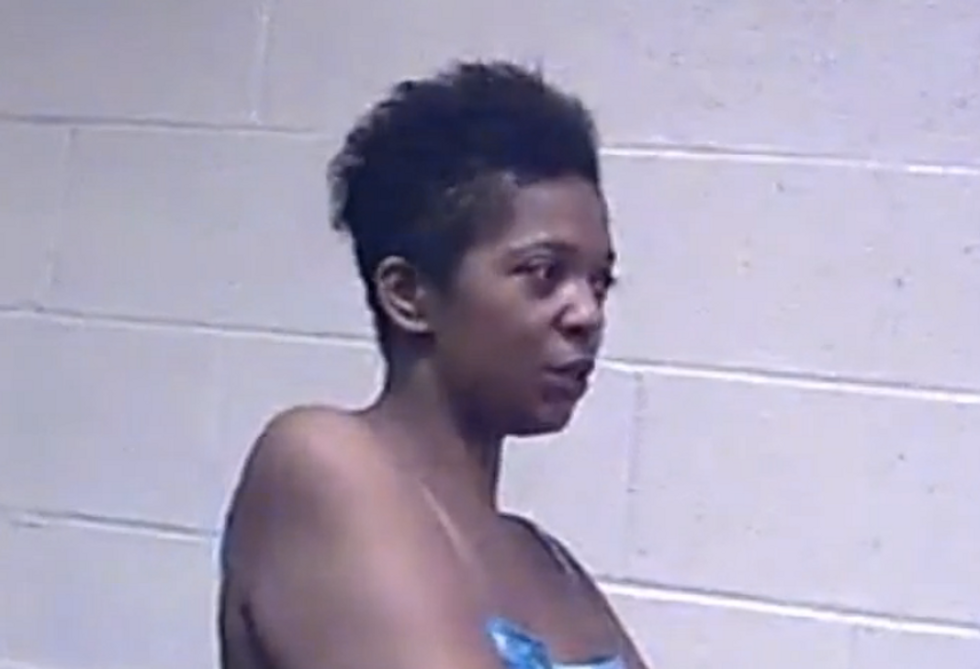 A black Cleveland woman who died in police custody pleaded with jail officials to properly administer her prescription medications in the hours before her death.

"I don't want to die in your cell," she told officers in video released Tuesday.

The New York Daily News said that 37-year-old Ralkina Jones made her medical needs very clear to her captors, but they disregarded her needs -- which appears to have resulted in her death.

According to Cleveland.com, Jones was arrested on July 24 after a fight with her husband. She was held in the Cuyahoga County Jail on charges of assault, domestic violence and child endangerment.

When she was booked into jail, Jones explained that she takes the generic version of the sedative Xanax, the ADHD medicine Adderall and the anti-epilepsy drug Gabapentin.

In a discussion with jail officials hours before her death, Jones explained that she needed her medication to be properly administered. She was diagnosed with the heart disorder orthostatic tachycardia syndrome, migraines and was receiving treatment for concussions.

Hours after the video was taken, Jones was assessed by a medical professional because she seemed lethargic. She was discharged and returned to her cell at 10:40 p.m. on July 25. On the morning of July 26, guards found her dead in her bunk.

Jones' family says she was in good health prior to her arrest.

“She was a human. She was a mother, a sister, a daughter, a cousin, a great mother, a great sister. She wasn’t supposed to die in no jail her first time going to jail.”

The case echoes that of Jesse Jacobs, a 32-year-old gay man who died while in the custody of Texas police. Jacobs was held in March at the Galveston County Jail. Jacobs and his family explained to jail personnel that he needed his prescription medications, but they were never administered. Jacobs went into seizures and died in his cell.

Jones was one of five women of color who died in police custody in the last two weeks of July. Her death and that of Sandra Bland spawned the Twitter hashtag campaign #IfIDieInPoliceCustody, in which black users of the social medium posted messages to their loved ones and families and called for reform of the U.S. criminal justice system.