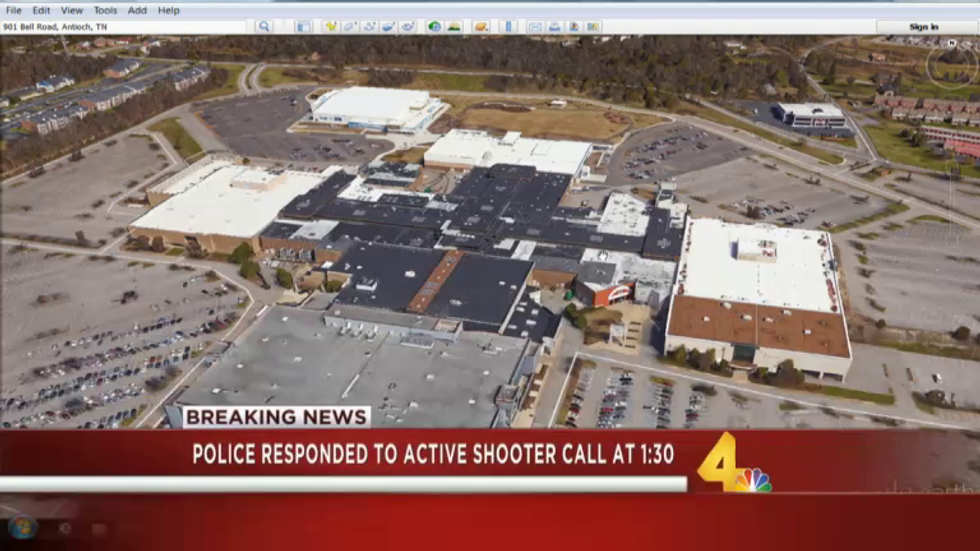 Multiple news outlets reported on Wednesday that shots had been fired at a movie theater in the Antioch community of Nashville.

This story has been updated. Please seen below.

EMS and SWAT teams were dispatched to the scene after the police received notice of shots fired at around 1:15 p.m.

According to WSMV, at least one person was seen covered with blood.

NBC 12 reported that the shooter was killed by police while trying to escape the theater through the back door.

Update, 9:36 p.m. EST: The Nashville Tennessean reported that the suspected shooter was identified as 29-year-old Vicente Montano, running counter to prior reports.

Montano was reportedly carrying a hatchet and an airsoft "BB gun" during the incident. Three people -- a 58-year-old man, a 53-year-old woman and a 17-year-old girl -- were injured.

A police spokesperson said that Montano had been committed to mental health facilities four times in 2004 and 2007, and had been reported as missing on Aug. 3.

Update, 5:37 p.m. EST: The gunman was "tentatively identified" as a 51-year-old white male who carried two backpacks into the theater during a showing of Mad Max Fury Road. He was reportedly wearing a surgical mask during the attack while also using pepper spray, hitting three people with it.

The Associated Press reported that the man was wearing one of the backpacks on his chest, and also brandished a hatchet along with his firearm.

Update: Officials said that the suspect was armed with a gun and a hatchet. One person may have hatchet wounds, they said.

Watch the live video below.