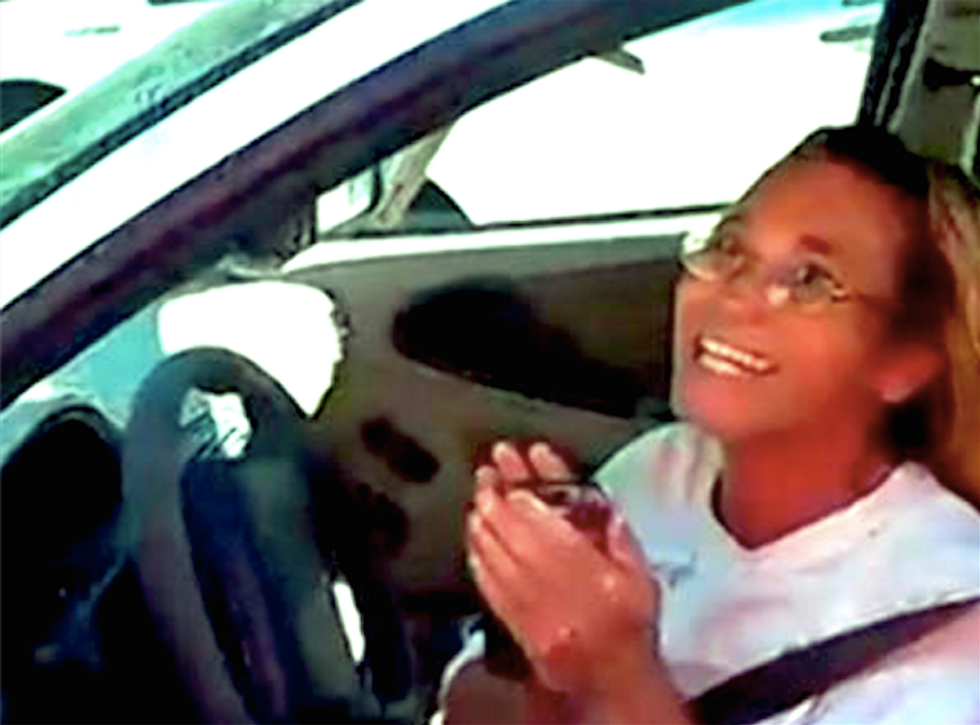 An Ohio man whose sister was left paralyzed after a car accident in 2009 used his own vehicle to stop a woman who was driving erratically and placing other motorists in danger.

The New York Daily News reported that Sam Haynes, 26, was driving home from work on Friday when he saw a white car weaving in and out of traffic and driving on the median.

After watching her nearly cause multiple accidents and come close to driving into a river, Haynes called 911, then began to chase the woman and film her with his phone.

"Something clicked in my head, it put anger in me and I wanted to stop this lady," Haynes told the Daily News.

Six years ago, a driver who was high on drugs plowed into his sister's car, plunging her into a coma. Her injuries left her paralyzed from the waist down.

"The guy was falling asleep from drugs; he had crossed the middle of the road and hit her head-on," Haynes said. "I don't want to have another family go through what we've went through."

On Friday, Haynes watched as Sandra Harris, 43, drove her Chevrolet Cavalier into the grassy median. He then blocked her as she attempted to re-join the flow of traffic on Interstate 275.

Shortly after Haynes stopped filming, the woman lost consciousness. Paramedics and police arrived on the scene and transported her to an area hospital.

Police told the Daily News that they believe the woman was high on either methamphetamine or heroin or a combination of drugs. She was charged with driving while intoxicated.

WARNING: CLIP CONTAINS MATURE LANGUAGE THAT MAY NOT BE SUITABLE FOR WORK OR SMALL CHILDREN.

For all you dope fiends who thinks its ok to do what you do and drive, this is what you look like. Excuse my language.