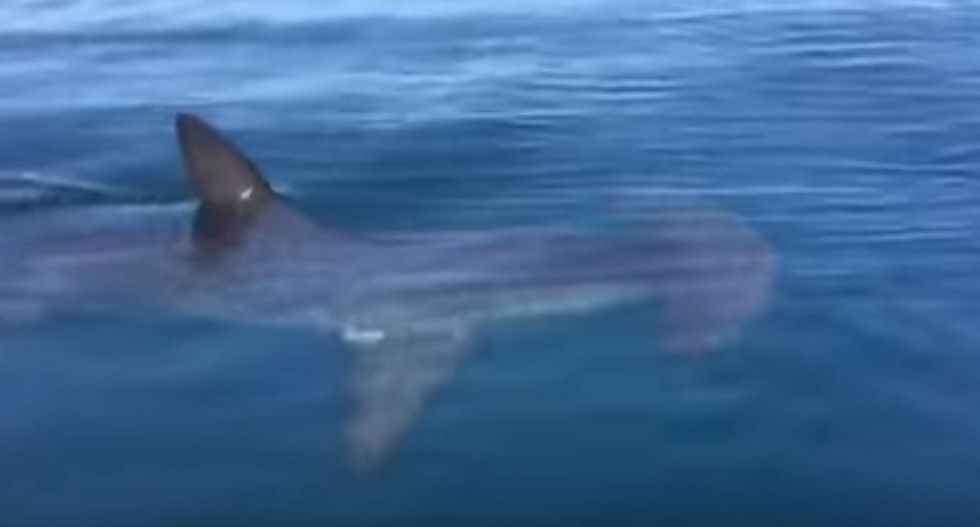 A stretch of a San Diego, California beach was closed Saturday after kayakers had a rare but scary close-up view of a hammerhead shark.

The 8-to-10-foot shark was seen in the video circling the men's small boats. It prompted authorities to close 1.5 miles of sand near Scripps Pier, ABC News reports. A San Diego Fire-Rescue spokesman told the station the shark seemed aggressive and followed the kayakers as they made their way to the shore.

There haven't been any other similar sightings and officials will reassess the situation Sunday to see whether the beach needs to remain closed.

In the video the men, who appear to be fishing, laugh nervously as the shark circles their kayaks with its dorsal fin breaking the surface.