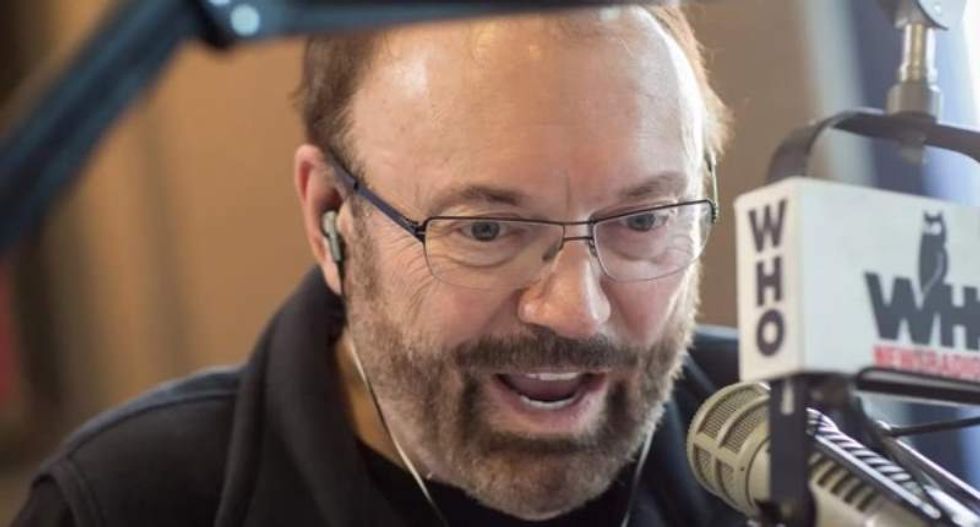 A conservative radio host in Iowa said that instead of deporting undocumented immigrants, state officials should push to make them "property," Media Matters reported.

Jan Mickelson said he took inspiration from Arizona Sheriff Joe Arpaio for the idea, which would involve putting immigrants into "tent cities" if they did not follow a deadline to leave the state.

"If you are here without our permission, and we have given you two months to leave, and you're still here, and we find that you're still here after we we've given you the deadline to leave, then you become property of the State of Iowa," he argued. "And we have a job for you. And we start using compelled labor, the people who are here illegally would therefore be owned by the state and become an asset of the state rather than a liability and we start inventing jobs for them to do."

Mickelson insisted his idea was justified even after a caller said it "sounds an awful lot like slavery."

"Well, what's wrong with slavery?" he asked the caller.

"Well we know what's wrong with slavery," the caller replied.

"Apparently we don't because when we allow millions of people to come into the country who aren't here legally and then people who are here are indentured to those people to pay their bills, their education of their kids, pay for their food, their food stamps, their medical bills, [in] some cases even subsidize their housing," Mickelson said. "And somehow the people who own the country, who pay the bills, pay the taxes, they get indentured to the new people who are not even supposed to be here. Isn't that a lot like slavery?"

Instead of deporting the immigrants, Mickelson said, they would be housed in "minimal fashion," as Arpaio has done in Maricopa County, Arizona.

"Put up a tent village, we feed and water these new assets, we give them minimal shelter, minimal nutrition, and offer them the opportunity to work for the benefit of the taxpayers of the state of Iowa," Mickelson argued. "All they have to do to avoid servitude is to leave."

Listen to an excerpt from the interview, as posted by Media Matters on Wednesday, below.