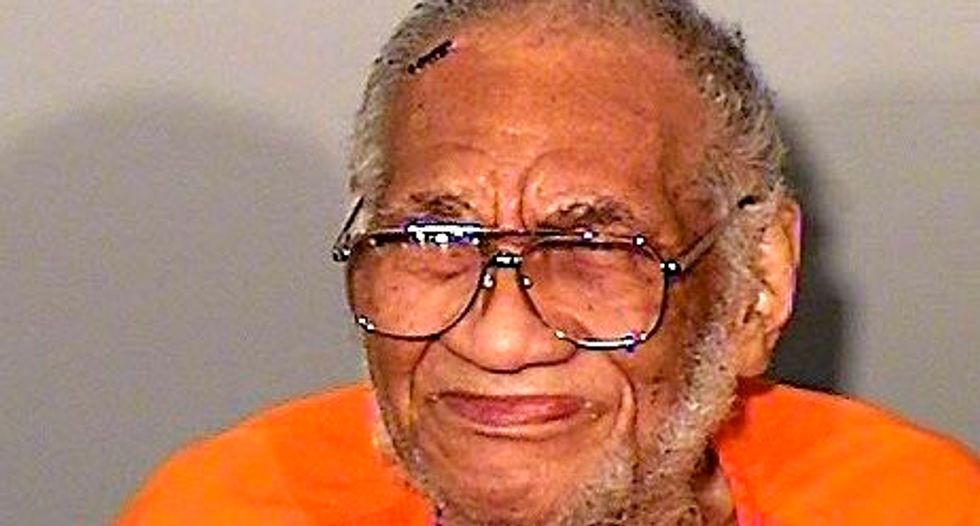 A 90-year-old Minnesota man who neighbors said suffers from dementia has been charged with fatally shooting his son after they argued over whether to watch football on television in a bedroom or the living room, authorities said.

Kenneth Bowser of Maplewood, a St. Paul suburb, was charged with second-degree murder without intent in the death of Larry Bowser, 65, on Saturday night, according to a criminal complaint filed on Monday.

Bowser called 911 and told a dispatcher he had shot and killed his son, then met officers at his front door, the complaint said. The officers handcuffed Bowser and had him sit in his wheelchair while they went upstairs and found his son slumped in a bedroom doorway, it said.

Bowser told police his son had been calling him names and complaining about caring for him and Bowser kept a handgun he had never fired before in a bedroom drawer, the complaint said.

He told police he was watching television in the bedroom when his son asked him to come down to the living room to watch football, the complaint said. Bowser said he asked his son to leave the room, but he returned and started to pull the cables from the television, it said.

Bowser said he fired a shot in his son's direction to scare him, but it struck and killed him, the complaint said.

Neighbors told police Larry Bowser had said his father's dementia was getting worse and that he appeared to treat his father with respect.

Bowser was being held on an initial bond of $500,000. He could face a prison sentence of up to 40 years if convicted.

Eduardo Espinal runs his own barber shop from a small zinc-roofed building in Honduras, opening the doors at 8:00 am for a 12-hour workday. He is 12 years old.

When it's quiet, he plays hide-and-seek or football with his friends. He has not been to school since last year.

Vatican Cardinal Marc Ouellet is the highest-ranking clergyman accused in a court document in Canada made public on Tuesday as part of a class action lawsuit against the Quebec Catholic diocese alleging sexual assault, the plaintiffs' lawyer said.

The lawsuit represents more than 100 people, including minors, who were alleged to have been sexually assaulted by 88 priests and staff working at the Quebec diocese starting in 1940, according to a court document and a news release issued by the Arsenault Dufresne Wee firm which filed the class action.