Al Qaeda leader calls for lone wolf attacks in U.S. and urges militants to band together 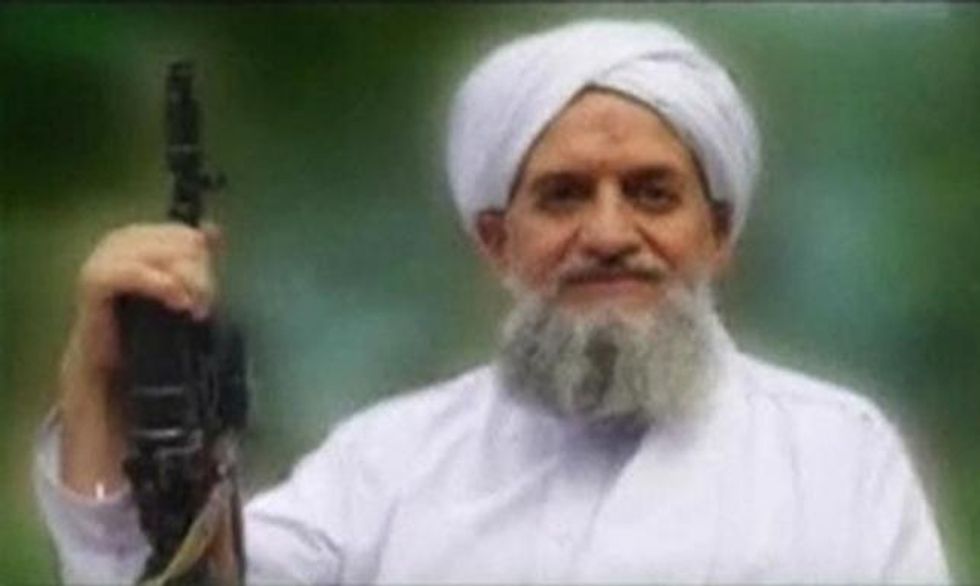 A photo of Al Qaeda's new leader, Egyptian Ayman al-Zawahiri, is seen in this still image taken from a video released on September 12, 2011. REUTERS/SITE Monitoring Service via Reuters TV

Al Qaeda leader Ayman al-Zawahri released an audio message over the weekend that called on radical Muslims in the U.S. and other western nations to mount "lone wolf" attacks in the name of their faith.

Reuters reported Sunday that al-Zawahri also called on disparate groups of Islamic extremists to support each other in holy war against the West.

"I call on all Muslims who can harm the countries of the crusader coalition not to hesitate. We must now focus on moving the war to the heart of the homes and cities of the crusader West and specifically America," he said in an audio recording posted online on Sunday.

The radical leader held up Boston Marathon bombers Tamerlan and Dzhokhar Tsarnaev and Charlie Hebdo shooters Cherif and Said Kouachi as examples for other radicals to follow.

It is unclear when the recording was made. Reuters pointed out that al-Zawarhi refers to Taliban leader Mullah Mohamed Omar in the present tense as if he were still alive. Omar's death was announced by the government of Afghanistan in late July.

Al-Zawarhi said that he does not agree with the Islamic State (ISIS)'s contention that it is a caliphate unto itself, but he supports the group's efforts to wipe out secular and Western influences in Iraq and Syria.