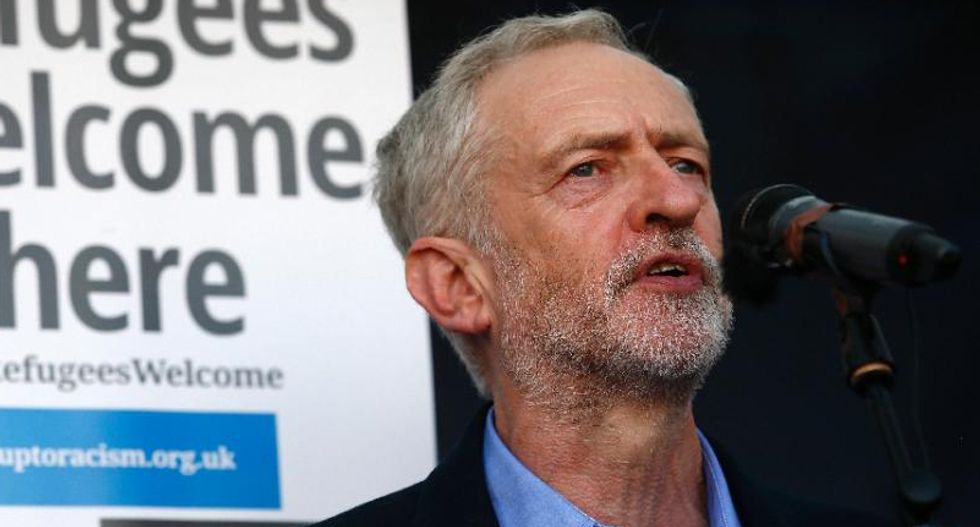 Yesterday, Jeremy Corbyn won the vote for Britain’s Labour leadership election - basically the equivalent to the American democratic party primary - in a blowout, garnering almost 60% of the vote while the runner-up, Andy Burnham could only muster 19% of the vote. Jeremy Corbyn, a self-described socialist, outflanked his opponents to the left on many issues, including militarism, immigration, unions - breaking ranks on a whole host of centrist orthodoxy that Labour had embraced since the mid-90's.

The American media, perplexed as to how someone labeled with the dreaded “s" word could not only capture a major party nomination but do so with the largest mandate in the history of the party, went into full smear mode:

First up, Reuters who led with tabloid “Karl Marx Admirer”:

This headline was used everywhere form NBC News to Yahoo News who reprinted the story.

Centrist conventional wisdom factory the Daily Beast circled the wagons, inexplicably lumping Corbyn in with Donald Trump and accusing him of spreading the politics of “hate” and “spite” despite being unable to cite a single example of Corbyn demonstrating either.

The Daily Hate: Corbyn, Trump and the New Politics of Spite

Time magazine, another centrist conventional wisdom factory, insisted Corbyn couldn’t win the general election. Mind you they cited no polls showing this, only spouted the same old trope that “hard-leftists” couldn’t win. You know, the same argument peddled by those who said he wasn’t going to win the Labour party leadership.

Even though someone with a large swath of mainstream support cannot, by definition, be "radical". The LA Times, Slate, CTV in Canada, and ABC10 Los Angeles went with "Divisive far-left" entirely on their own:

It's mystifying how a man who had the largest mandate of any party leader ever can be called "divisive" but so it goes in a corporate media which conflates elite conventional wisdom for the will of the people. The reality is Corbyn's win isn't just a rejection of standard neoliberal orthodoxy -- it's an indictment of it. For years we've been told the will of the people is to be anti-union, pro-austerity, and pro-corporate take over of pensions and education. Now the tide is shifting dramatically and the cognitive dissonance of those in charge of our media is too great to compute. They must at once report on Corbyn's record victory while insisting he's fringe.

The goal of cheap smears like "Karl Marx admirer" (not that there's anything wrong with that, but the goal is to red-bait) and "far left" and divisive" is the same as those leveled against Bernie Sanders: "unelectable", "socialist", "far left". Though Corbyn's positions are demonstrably more to the left of Sanders', both pose an existential threat to the pro-corporate position of the establishment left of the UK and US respectively and thus, must be dismissed as anomalies. Increasingly however, it appears they are anything but.