Anti-choice arguments are based on ugly sexist stereotypes 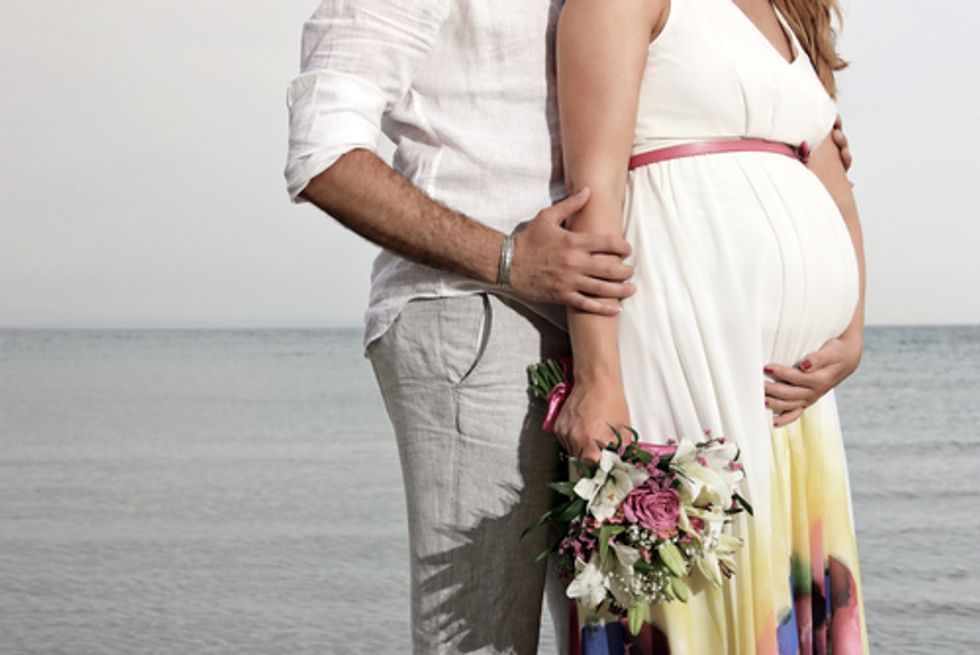 Not actually what every woman is dreaming of.

A couple of interesting things today. ThinkProgress has a report on women who claim they want to ban abortion for "feminist" reasons.

“When I was 16, my 17-year-old boyfriend told me that if I didn’t get an abortion he would kill me,” Aimee Murphy, the 26-year-old executive director and founder of Life Matters Journal, said last week at a #WomenBetrayed rally on Capitol Hill. “It happens all the time… Women are coerced to have abortions, to go through this whole heart wrenching process.”

So the argument is that because some women claim their boyfriends bullied them into abortion, then abortion should be banned to "protect" women. By the same token, then, because men often bully women into having children, then we should ban childbirth, too, right? Yeah, not a lot of logic there. Nor is there an acknowledgement that some women turn to abortion to escape an abuser, probably because, and I'll get to this in a moment, the hope is that by having a baby with an abuser, you can "reform" him and turn him into a non-abuser. (You can't.)

Obviously, these women have no idea what feminism is. They heard it was something something about not liking to coerce women and so thought if they could just pretend to be for that, voila! Feminism. But of course, the policy they stand for---literally forcing women to have children against their will---is the essence of coercion. You can't stop coercion by coercing. Feminists also oppose men who try to coerce abortions, though there is significant evidence that coercing pregnancy is the larger problem. But it's because of the "coercion" part, not the abortion part.

Also, Murphy, a supposed feminist, says things like, "To devalue the preborn life simply because of their location or of their dependency is an act of discrimination." Reducing a woman to nothing but a "location" that houses a pregnancy is exactly the kind of sexist objectification actual feminists stand against. Women are people, not "locations".

The logic compelling this pseudo-feminist movement is all over the anti-choice movement, which has been intent lately in pushing the claim that abortion is something caddish men force on ruined maidens, while cackling and twirling their mustaches. NARAL is having a Twitter storm today under the hashtag #MenForChoice, to highlight that there are a lot of men out there who love and respect women and want them to have full human rights. It's getting bombarded with conservatives plying a very different narrative, however.

A similar narrative was being trotted out on RedState by Kimberly Ross:

The first thought that comes to mind when thinking of Men For Choice is the same thing pro-choice women prize the most: convenience. If the unplanned product of an encounter cramps your style, why not support the procedure which frees you from responsibility? It’s a win-win for you post-birth people, and a loss for any on the other side of the womb. You can simultaneously appear to be supportive of your woman’s feminist ideals, yet secretly breathe a sigh of relief.

This is something I've written about a number of times before, but once again, it's worth pointing it out: Anti-feminists hate men almost as much as they do women.

The ugliness about #MenForChoice and the pseudo-feminist anti-choice movement are all about promoting two reductive and pernicious stereotypes:

2) Women are pathetically needy. Indeed, women are so needy and focused on getting a ring on the finger to prove their worth to the world that they will accept a lifelong commitment with a man who under married them under duress.

As these tweets suggest, the idea is that women use sex to strong-arm men into commitment, either by withholding sex in exchange for the ring or, in lieu of that, using an unintended pregnancy as a guilt-trip to get him to cough it up. The hope is that after men are dragged kicking and screaming to the altar, they will be forced to grow up and learn to take responsibility. The hope is that this softens them up enough that they start to grow fond of the family they had to take on as the "price" to have sex. A lot of conservatives, in fact, push the idea that you can turn even abusive men into loving fathers and husbands with a little sexual strong-arming. Again, it's not true. On the contrary, abusers usually try to find ways to keep their victims from escaping.

This worldview overlooks a lot: That women can enjoy casual sex, that not every relationship has to be headed towards marriage to be meaningful, that sometimes men fall in love, that sometimes women don't fall in love. But it also overlooks, and this might be saddest to me, the possibility that men and women can fall in love together and that they can actually hold each other up---even, at times, creating a fun escape from the world's pressures together---instead of just being one more dreary responsibility you have to take on during your joyless march to the grave.

Because of this deep belief that men cannot love or respect women, the possibility that men actually support a woman's right to choose seems impossible to anti-choicers, clearly. In this view, men only pretend to support women's equality in order to get laid, as it's impossible to imagine they actually believe women are people. In this view, the only reason to want a woman to have contraception and abortion access is so you can avoid committing to her.

It also assumes women only use contraception and abortion because they, being pathetically needy, think they have to in order to please men.

There's also something deeply creepy about this whole narrative around a woman's pregnancy forcing a man to grow up. It reduces the woman and her life to an accessory in the man's, as if she exists not as a person in her own right, but simply the catalyst to help the boy become the man. Men who reject that narrative and believe women should have the right to choose acknowledge that women are more than that.